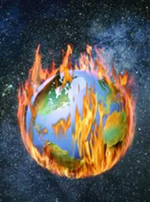 Last week the House killed a new Senate approved, bureaucratic boondoggle that according to the House Appropriations Committee would have cost taxpayers a minimum of $322 million buckaroos, and good on them for it.

The National Oceanic and Atmospheric Administration wanted to create a new division to be called the National Climate Service. Similar to its National Weather Service the new NCS would have “streamlined delivery” for requests on the agency’s climate and weather data.

Amusingly, the NOAA tried to claim that the new service would not cost the taxpayers anything at all. They didn’t even request money to fund the new division. But this no-cost claim was doubted by the House Appropriations Committee that estimated that its killing of the idea saved taxpayers $322 million.

Proponents of the new division maintain that the money already being sent to the NOAA would just be redistributed in a different way to fund the new division that it wanted to create. But, come on. Who believes this?

Let’s think about this, shall we? How, exactly, is it even possible for a whole new division of a bureaucracy can be created with no cost at all? And even if they were able to somehow jury-rig some organization for the idea using existing budget dollars, how long would it be before the NOAA came to Congress with its hand out looking for funds for the “established division”?

After all, there is nothing so permanent as a government bureaucracy and once created it would likely begin to cost taxpayers billions.

Here we are in one of the worst financial crises since The Great Depression and we still have big government advocates trying to create new government agencies.