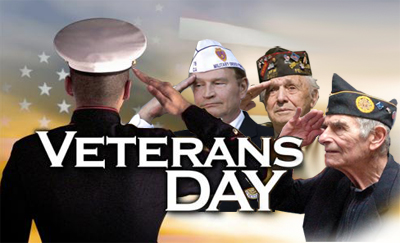 America is a singularly different nation where it concerns our military veterans. We love them. We even have a national holiday to honor them. This is not so in most of the rest of the world. Elsewhere military veterans are not so loved as they are here.

Is that because the United States is the Sparta of the world, loving war more than anything else? Hardly. In fact its because our soldiers bring peace wherever they go, not perpetual war.

In other countries, soldiers are usually the dregs of society, living off the people while at the same time lording over them with machine guns and violence.

In other countries the military is feared by both the people and the government because all too often the army is used to take power and steal away the government for its own aggrandizement. There is no accident that the word “coup” is one rarely spoken in the USA unless when viewing foreign news.

So, not in America. In the USA we respect our soldiers because they respect us as much as they respect the law.

In other countries when people see soldiers they fear them, they loathe them. In other countries they don’t want to sit near soldiers on public transportation, they avoid eye contact. Here we shake their hand and ask if they need anything.

So, from us to you, our dear military veterans, we thank you. We thank you for putting your lives on hold while serving us, while making sure we are safe and able to go about our business unafraid of danger, and for putting your own safety at risk.

Happy Veterans Day to you all.