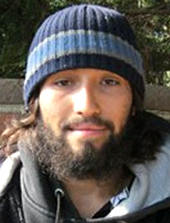 The identity of the man responsible for loosing a few shots at the White House last week has been made public by the D.C. police but one little fact is being buried by every news report about this guy. He is linked to the Occupy movement. Yet the media refuses to make the connection explicit. Imagine how the media would be wailing if the guy was a Tea Partier! But that this shooter was part of the Occupy movement seems somehow unimportant to the Old Media.

In fact, there doesn’t even have to be any link to the Tea Party for the Old Media to immediately jump to blaming the Tea Party movement for a shooting. If you’ll remember the outrageous accusations that the media made that the nut that shot Gabrielle Giffords was a Tea Partier or was driven to his criminal act by the “violent rhetoric of the right,” you’ll remember that shooter Loughner ended up having no real political point of view and was not connected even tangentially with the Tea Party.

But with this White House shooter, 21-year-old Oscar Ramiro Ortega of Idaho, we find that he was in Washington D.C. attending the Occupy protests there. But in every story I’ve seen that fact is only resides in the last paragraphs if it is mentioned at all.

Now imagine if this guy was a Tea Partier! If this guy was a conservative of a member or even just a participant at a single Tea Party event, that fact would have led the news. But in contradistinction to how the media reported the Giffords’ shooting, that Ortega was at Occupy D.C. is a fact pushed to the bottom of every story.

Certainly I am not saying that this guy is a full-on Occupy Wall Street participant. For all I know this goof was just hanging out and really didn’t have any solid sympathies or connection to Occupy. I am not tarring the Occupiers with this shooter. In fact, they are far worse than a guy that just fired a few shots ineffectively at the White House. The Occupiers are druggies, rapists, and thieves, for Lord’s sake!

The point here is not whether Ortega is or isn’t a true-blue member of the Occupy movement. The point is that if he were a Tea Partier or even had the tiniest connection to conservatives of the Tea Party the Old Media would be losing its tiny collective mind over that fact and it would have led their every report about this nut.

Just more example of bias of the left-wing Old Media.