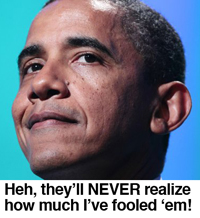 During the latest campaign appearance disguised as a presidential press conference, President Obama uttered one straight out lie that stands out above the rest of them. To help sell his “jobs bill,” Obama claimed to have met a Boston-based teacher named Robert Baroz and intimated that Baroz had no job despite his excellent teaching credentials. The problem is, neither claim is true. Obama simply lied. So, where is the national Old Media to pin Obama to the wall over this out right lie?

During his presser, Obama introduced teacher Baroz into the national discussion of his “jobs bill.” Obama claimed to have met Mr. Baroz and lamented that Baroz was out of work.

I had a chance to meet a young man named Robert Baroz. He’s got two decades of teaching experience. He’s got a master’s degree. He’s got an outstanding track record of helping his students make huge gains in reading and writing. In the last few years, he’s received three pink slips because of budget cuts. Why wouldn’t we want to pass a bill that puts somebody like Robert back in the classroom teaching our kids?

The problem with this little tale of woe? Firstly President Obama did not meet teacher Baroz. Robert Baroz did attend a Rose Garden press conference last September with a few other teachers, but the closest he ever got to the president was Baroz’ front row seat during the event. The two never came face to face, never shook hands, never actually met. Baroz saw Obama up at the lectern and Obama may have noticed Baroz sitting in the audience. That hardly makes for a meeting.

Secondly, Baroz is not out of work. He actually does have a job in the public education system in Boston. According to the Boston Herald, Baroz, “now works as a literacy and data coach at the Curley K-8 School in Jamaica Plain, analyzing MCAS data and applying it to teachers’ everyday lessons.”

This is exactly the sort of out right lie that Old Media outlets usually love to make the issue of the day. In fact, this one is a perfect case for an exercise in if-Bush-Did-it. What if Bush was working hard to push a major initiative and uttered a bald faced lie like this one? Without a doubt today the media would be engaged in a feeding frenzy over the incident while ignoring the initiative part of the story.

Yet where is this story? Pretty much just centered in the Boston press. The rest of the Old Media establishment is ignoring this straight out lie.

Meanwhile, the press is also ignoring the fact that this whole “jobs bill” is likely just cynical Obama reelection campaign theater anyway. Neither Obama nor his Democrat Party are really interested in actually voting on this bill. Senate GOP leader Mitch McConnell (R, KY) tried on Thursday to bring Obama’s jobs bill to a vote and the Democrats under Reid actually went to the extent to change long-standing Senate rules to prevent a vote on the bill.

It is clear that Obama and the Democrats want all the benefit of saying they have a jobs bill but not actually getting said bill passed into law. They just want something with which to beat up Republicans. In essence, this whole debate is another lie.

There is another example of this sort of cynical political game being played by Democrats and Obama that the Old Media has refused to properly report. For at least two years Obama has been chiding Congress in general and the Republicans in particular for not passing the several free trade agreements that he claimed to want. But the truth is, Obama himself was holding the agreements in his pocket not sending them to Congress for consideration.

So, while Obama was complaining that Congress was refusing to consider the free-trade agreements, the truth is Obama never gave them the agreements to even vote on. He was holding them so that he could use them for a talking point. Sadly, instead of reporting this story as a lie perpetrated by Obama on the American people, the Old Media simply repeated Obama’s scolding of Congress as if his claim was true on its face.

This president routinely employs lies, wild stories, and hyperbole in an effort to control the narrative. Unfortunately, the Old Media not only allows him to do it, but assists him in the lies.