We Need Rules for Cyberwarfare Before a President Steals That Power, Too 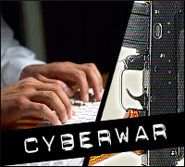 A recent New York Times article revealed that the Pentagon briefly considered engaging in cyberwarfare at the outset of the actions in Libya, but decided against it for a variety of reasons. This reminds us all that as a nation we really need to discuss the use of cyberwarfare. The first question asked must be: should a president be able to simply order such an attack on his own hook?

The Times noted that one of the concerns about the use of cyberwarfare is how it would be justified under the War Powers Resolution of 1973?

One unresolved concern was whether ordering a cyberattack on Libya might create domestic legal restrictions on war-making by the executive branch without Congressional permission. One question was whether the War Powers Resolution — which requires the executive to formally report to lawmakers when it has introduced forces into “hostilities” and sets a 60-day limit on such deployments if Congress does not authorize them to continue — would be required for an attack purely in cyberspace.

One would think that the answer to this would be somewhat obvious — though nothing seems obvious in Constitution-based discussions, sadly.

We know that the Founders vested in Congress the power to declare war not in the president. They wanted to avoid a repeat of the historical outrage of a King’s untrammeled powers to declare wars without the consent of the people and their duly elected representatives.

Presidents have had certain restrictions for war-making ever since because the founders wanted to make sure that war was something duly considered not easily engaged.

Despite the last 200 years of presidents slowly stealing away power from Congress to initiate military actions, we should really think long and hard about allowing any president to unleash cyberwarfare at his discretion. In fact, we should set a precedent immediately to prevent any president from using cyberwarfare without the consent of Congress.

Why? Because cyberwarfare is a far, far different animal than use of conventional military forces and indiscriminate use of it would endanger our way of life in harsh and immediate terms if used against us. For that reason, we should be very careful when we use it against others. We should have solid legal definitions behind its use so as not to give enemies the excuse to resort to it quickly themselves.

So, we should casually resort to cyberwarfare no more easily than we would to using conventional forces. But if we do not set down specific and binding rules for its use we risk giving this power over to a president which could cause less considered use of this sort of warfare. That in turn, would give enemies an excuse to do the same. Further, remember that setting legally binding reasons for warfare is a long and proud American tradition, one that legitimizes our nation and one we should not casually toss aside simply under the assumption that enemies will not be as thoughtful as we.

We should lead the world in considered use of cyberwarfare and we should do so now. Any of those that felt we illicitly launched into the war on terror should no less worry about indiscriminate use of cyberwarfare. But illicit use or no, we should be deadly certain of what powers our president can have, when and how he can use them, and where the line should be drawn, even in cyberspace.