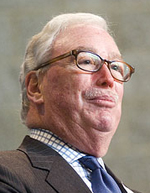 Another in a long line of explosions and other catastrophic safety failures occurred at the end of September when a natural gas pipeline built and owned by Pacific Gas & Electric (PG&E) ruptured in Roseville, California. This is just of a piece of the failure of PG&E to ensure public safety, a failure that the so-called government watchdog agency set up to watch the utility, the California Public Utilities Commission (CPUC), has seemingly done little to mitigate.

Now, not only has PG&E failed to safeguard the public, but the company is insisting that ratepayers foot the bill for repairs and new safety programs to the tune of some $2.2 billion. Government watchdog CPUC seems wholly content to stand aside while they do it.

Michael R. Peevey, President of the CPUC, has been at the helm of the regulatory commission during many of the worst failures of public safety. Yet, even as he’s claimed he intends to make major changes in the agency, Governor Jerry Brown has not sacked Peevey whose term ends in 2014. The question is, why?

Peevey has been a disaster. Peevey has reigned over some of the most disastrous failures which have caused the deaths of nearly a dozen Californians, his softened stance seems to have allowed PG&E to act with impunity and arrogance, all to no good effect for ratepayers pocketbooks and their very safety.

Mark Toney, executive director of TURN, a nonprofit consumer advocacy organization, is one of those demanding that Gov. Brown fire Peevey before the end of his 2014 term as head of the CPUC.

Toney charges that the CPUC “has been guided by a misguided philosophy” under Peevey.

The commission has rubberstamped millions in unjustified rate hikes, pushed PG&E into spending billion on an unpopular smart meter program that so far has delivered no benefit and allowed energy efficiency to become a utility slush fund, while insulating PG&E from its mistakes with guaranteed high profits. Granted, Peevey has presided over some new and needed environmental initiatives, but that doesn’t justify his continuing as president.

Toney ends his piece saying, “It is time for Gov. Brown to step in and replace Peevey with a president who prioritizes protecting the safety and pocketbooks of Californians over creating inflated profits and pay for utilities and their executives.”

It’s hard to deny Mr. Toney’s logic. After the disaster in San Bruno where a PG&E gas pipeline blew up killing 8 people destroying multiple homes. It has since been discovered that the power company has for decades failed to inspect the bulk of its pipelines for safety violations and structural integrity. It was also discovered that the company had no emergency plan in place and that caused the company to waste valuable time in handling the San Bruno disaster.

After repeated findings of additional failures to keep detailed and proper records on safety issues and several other accidents where others have been killed — right up to the recent explosion in Roseville — Peevey has still done little to hold PG&E to account.

Worse, he seems to be assisting PG&E to soften reporting requirements. For instance, in February, Peevey proposed new rules that would allow utilities to wait as long as three months before reporting illegal pressure spikes on natural gas lines. And this after so many catastrophic failures.

After all this failure and after PG&E has put the safety of the public at risk, what did Mr. Peevey do upon returning from a nice vacation in August? Unbelievably, Peevey served as the master of ceremonies for an industry-sponsored retirement party for Southern California Edison’s chief lobbyist.

Peevey seems pretty content to mix his CPUC, which is supposed to be a watchdog agency, with the very industry he’s charged with watching. Back in March, for instance, Peevey thought it would be a great idea to have PG&E help him pay for expenses of his own efforts. It was such an outrageous idea to have the industry help fund the watchdog’s expenses that Peevey was forced to unceremoniously drop the idea.

It all leads to a watchdog that is just a bit too cozy with those he’s supposed to be watching.

So, while Peevey is hobnobbing with industry lobbyists and other bigwigs, PG&E is trying to force ratepayers to pay for the company’s failure to implement safety programs. Suddenly PG&E sees the need for such programs — after multimillion dollar fines have been levied against it — but instead of footing the bill for things it should have been doing all along, the company wants to stick customers with the bill.

That isn’t all the PG&E is doing. The accounting failures are all across the board and ratepayers are expected to pick up the tab.

All this after Peevey has helmed some of the biggest increases in ratepayer’s burden. Again, where is Peevey in all this? Enjoying the food at dinners for lobbyists, apparently.

Just what the heck is going on, here? Governor Brown should start paying attention.