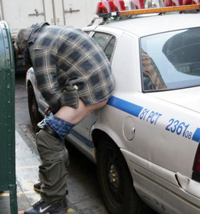 Like the rest of the large cities in the US, Chicago is currently suffering with small pockets of Occupy protesters and their ever-present signs. And like every other big city these signs are often misspelled, sometimes profane, commonly anti-capitalist, occasionally anti-Semitic, almost always anti-American, not to mention merely ignorant of the facts. But one thing that is the same in every protest, at least in the media reportage of same, is that the worst of the signs go unseen by the general American news consumer.

Chicago blogger John Ruberry took his trusty camera downtown to the Windy City and captured some pretty representative signs the like of which were similar signs seen at Tea Party events would have made the nightly news programs for their outrageous messages.

For instance, there’s the one I note in the headline of this piece. 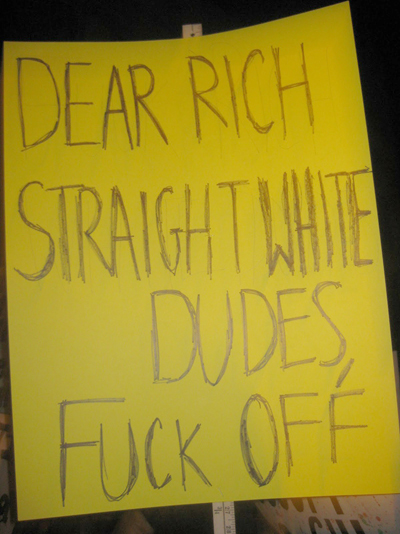 Now imagine if a Tea Party sign said something like, “Dear Gay Blacks, F**k Off.” The media would have lost its tiny hive mind over such a blatantly ignorant sign. It’s been two years of Tea Party protests and there’ve been few signs as blatant as the dozens seen at many of these Occupy-Whatever events.

Then there are the militant Communists and socialists. 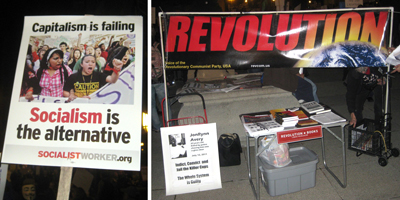 I have to say that it simply amazes me that the Old Media so consistently shields Americans from the fact that communists and socialists make up a large part of these protests. The fact that true commies are involved to the hilt in these things is not just the fevered imagination and demagogy of conservatives trying somehow to scare people but it does show how essentially anti-American these protests are. I say these protests and not just the Occupy events because militant commies and socialists form the base constituency for all these sort of lefty protests.

Would the average American support these protests if they fully understood that true communists, hateful of our system of government formed the core groups that attend these events? Likely not and that’s just as likely why the Old Media never tells America that the commies are there. 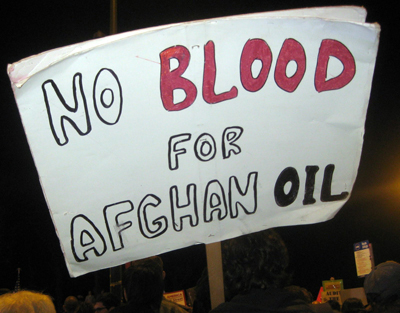 The thing is, these outrageous signs are not at all isolated to Chicago. Signs like this are seen at every Occupy event in every city and state in the country. All one need to is search for them and they can be found in the blogosphere. But you can’t really find them among Old Media website or TV broadcasts.

Again, if Tea Party signage had been as conspicuously similar in extreme messaging as the Occupy signs it would have formed the main thrust of the attacks that the Old Media would have tried to sue to discredit the Tea Party movement.

Were there some wacky signs, some out-there signs at Tea Partiers here and there over the last two years? Of course. But the great majority of the signage at Tea Party events, while many angry, were rarely as extreme as the very common extremism seen at the Occupy events.

For the most part Tea Party signs were patriotic, true-blue Americana. The outrageous ones are far and few between. In fact, some of the more outrageous ones were shouted down by the Tea Partiers themselves!

But at the Occupy events, the more anti-American, the more hateful, the more violent inducing sings that appear the more the Occupiers like them.

… and the media remains silent.

The media also remains silent about the fact that these Occupy protests rarely have more than a hundred people present at any given time. Remember that the Tea party events brought out at least a million folks to the streets. Most of the Occupy-Whatevers are lucky to see 100 show up. But the Old Media doesn’t want to talk about that either. But, that’s another story.

I have focused only on a few of John’s great photos here, but you should go to his posts to see more.