Did Juan Williams Link Christians to The Oklahoma City Bombing? 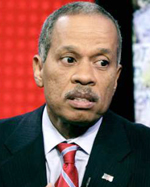 In his recent assessment of his year since he was unceremoniously — and illicitly in many folks’ estimation — fired by NPR, Juan Williams indulged one of those fallacious left-wing assumptions that just screams left-wing spin. It is the sort of straw man argument that casts aspersions on others, this time against Christians, while pretending to be the logical, adult in the room, not to mention while pretending not to be casting aspersions. It really is a logical sleight of hand that all liberals use.

First let me say that I am 100% on Williams’ side in that his firing by NPR was a real breach of journalistic ethics: theirs. The comments he made a year ago that got him fired did not in any way harm his veracity as a journalist, nor were they racist or even incorrect. Heck, they weren’t even injudicious except when taking the brain dead PCism that infests the left into consideration.

But that was the discussion of a year ago and really is not something wroth rehashing here because Williams did say something outrageous in his review of that year-old issue that deserves to be highlighted. In essence, Williams made an illogical argument about how we should think of radical Islam and he did so by assuming that domestic terrorist Timothy McVeigh of the Oklahoma City Bombing could be considered as representative of Christianity as the Saudi 19 were of radical Islam.

Here is what Williams said (my bold for emphasis):

… we have to keep in mind that America is a country founded on the ideal of religious liberty. We can’t stereotype any group on the basis of the behavior of extremists among them. We don’t indict all Christians because of Timothy McVeigh.

But this equating of the two is a fallacy. Williams’ premise is simply not correct.

You see, Timothy McVeigh was not a “Christian terrorist.” He was born of Christian parents and lived in a nominally Christian culture, sure, but he did not perpetrate his crime in the name of a Christian God. On the other hand, the Saudi terrorist did kill thousands in the name of their Muslim God.

So, Williams’ claim that we didn’t hold McVeigh’s crime against Christians is a logical fallacy at the outset because McVeigh was neither representative of, nor claimed to be representing, Christians, Christianity, nor a Christian God when he bombed the Murrah Federal Building in 1995.

McVeigh himself told Fox News that he perpetrated his act because of what he felt was a government gone wild. It was a, ” retaliatory strike; a counter attack, for the cumulative raids (and subsequent violence and damage) that federal agents had participated in over the preceding years,” he said.

McVeigh felt he was going to war against an out-of-control government. Religion had nothing at all to do with it. Conversely the Saudi 19 were all about religion.

The two acts of terrorism are in no way similar.

Like I said, this is the sort of logical jujitsu that liberals employ to attempt to smear others, this time Christians, even though there is no reason in the first place to equate them to the unfavorable action in question.

Williams isn’t an outlier in this sort of tactic. Sadly, it is par for the course for liberals.