Alter: Obama is 'Honest' and 'Free of Scandal' 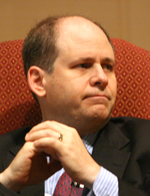 When does a columnist write something so utterly absurd that his credibility is forever damaged? I am not sure how to answer that in general terms, but I think at least one journalist answered the question for his own, now thoroughly destroyed veracity. Jonathan Alter of Bloomberg has written one of the most ridiculous, least reality-based assessments yet of the short White House tenure of Barack Obama.

Alter put on his strongest rose-colored glasses and penned an uproarious piece headlined, “The Obama Miracle, a White House Free of Scandal.”

In his Bloomberg piece Alter claimed that Obama is “honest” and falsely asserted that his White House has been “free of scandal.” In fact, some of the incidents that Alter himself notes, and immediately dismisses, carry at least a whiff of scandal — if not untruthfulness.

Naturally, Alter ignores far more than he reports on Obama scandals but he also misses the biggest reason why Obama seems to him to have a scandal free presidency. The Media refuses to call anything Obama does a scandal!

After all, if you have a guy that wantonly lies, that double deals, that hides facts, that also allows subordinates to lie and that fellow is allowed to just get away with it without repercussion from journalists, I guess that makes for a “scandal free” guy, eh?

Alter’s first attempt to give succor to Obama’s failing presidency comes with a baseless swipe at “the whole” Republican Party.

The sight of Texas Governor Rick Perry tumbling out of the clown car recently as a “birther” (or at least a birther- enabler) is a sign of weakness, not just for the Perry campaign but for the whole Republican effort to tarnish the president’s character.

This is a false premise. It assumes that “the whole” Republican Party is using birtherism to “tarnish the president’s character.” This is a flat out untruth. Only a small portion of the center right polity in America has any interest in Obama’s birth certificate. Alter’s attempt to make the whole of the GOP into birthers is simply baseless.

Next, Alter dismisses the Solyndra scandal as meaningless. I guess if you don’t think its a touch scandalous when you have millions upon millions of tax dollars going into the pockets of buddies who turn around and go bankrupt almost immediately, well, what can you say to that?

Next Alter dismisses both Treasury Secretary Tim Geithner’s tax evasion and Obama’s firing of Ag. Dept. official Shirley Sherrod without knowing what she really did. Then Alter makes the silly claim that Obama’s stimulus spending was free of any waste or abuse — the latter claim is laughable on its face. Have you ever heard of a government spending program that had no waste at all?

Just this week, for instance, it was discovered that so-called stimulus money went to fund federal healthy eating advertisements instead of actually going to stimulate the economy as Obama claimed it was for.

Is that not waste or fraud?

Alter then admits that we might be missing some scandals because of failure of the Old Media to uncover them. While Alter does seem to acknowledge that the Old Media might be ignoring real scandals — ones he is unaware of — he absurdly ascribes that failure to newsroom budget cuts and the demise of the Office of Independent Counsel (a ready source of scandal for lazy reporters past). He doesn’t even bother wondering if it might be reporter’s ideology that prevents the reportage of Obama scandals.

Like the biased left-winger he is, he also blames Fox News for apparently inventing partisan political commentary. I guess he’s never seen ABC, CBS, NBC, The New York Times, or MSNBC, for that matter.

There ends Alter’s “analysis.” We are left wondering why Alter didn’t mention the fact that Obama’s close personal friend and Attorney General Eric Holder is stonewalling Congress over Obama’s arming of Mexican narco-terrorists with his Operation Fast and Furious, a program that has so far killed at least two American officials and hundreds of Mexicans. As long as we are on Eric Holder, why doesn’t Alter think it is a scandal that Obama decided not to prosecute the criminals of the New Black Panthers for voter intimidation when they stood in front of polling places in 2008 brandishing weapons at white voters?

One also wonders how Obama can be considered “honest” when he said if you like your doctor, you could keep him when his plan clearly means to eliminate everyone’s private insurance policies? How can Obama still be “honest” when he said he wanted to end private insurance, then claimed he never said it? Why is Obama not dishonest for pretending he wants to make energy costs affordable when he fully intended to make the cost of electricity “necessarily skyrocket“?

We are also left wondering why Alter missed Obama’s recent lie that he’s fulfilled “60% of his campaign promises,” when even a left-wing newspaper says it’s closer to 39%. Then there is his lie that he wouldn’t hire lobbyists for his administration when he’s hired dozens of them.

But I guess it’s hard for Alter to hear of scandals when he is standing there with his fingers in his ears screaming “la, la, la, la” at the top of his lungs. But his fawning, slavish devotion to Obama the “honest” President “free of scandal” is not much different than the fawning from the rest of his Old Media comrades.