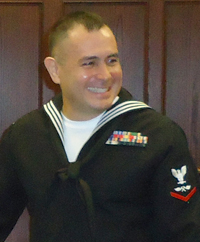 Over the weekend I was invited to the reenlistment ceremony of Aviation Structural Mechanic, Third Class Petty Officer (AM3) Luis Mejia, a resident of New Lennox. Coming off eight years, Meija, 43, reenlisted for another six and for his ceremony he asked 11th District Congressman Adam Kinzinger to conduct his Monday ceremony.

Mejia served one year at Camp Bucca, Iraq in 2007 and as the congressman and he were talking they realized they served at the same time in the same place in Iraq. “We probably saw each other,” Kinzinger said.

Currently, Mejia serves out of Great Lakes Naval base.

As Congressman Knizinger addressed the friends and family gathered to witness Meija’s reenlistment he noted that this county has “been at war for a decade.”

But we still have people reenlisting and joining and that’s amazing. A lot of these guys the 18 and 19 year olds that are coming in, they were 9 years old when 9/11 happened. But they understand that freedom has to be defended.”

Kinzinger then led the reenlistment ceremony. 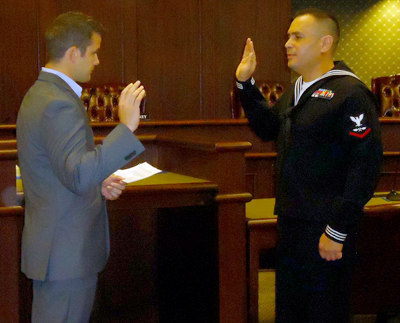 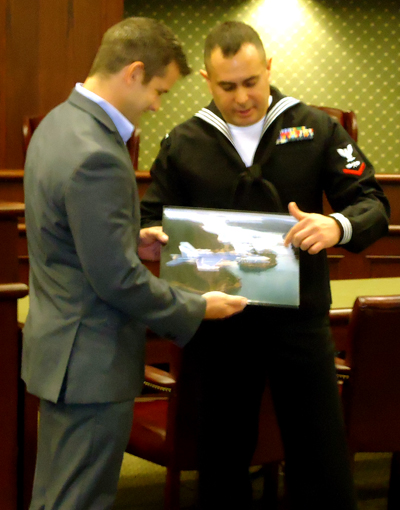 Kinzinger Presented With a Gift 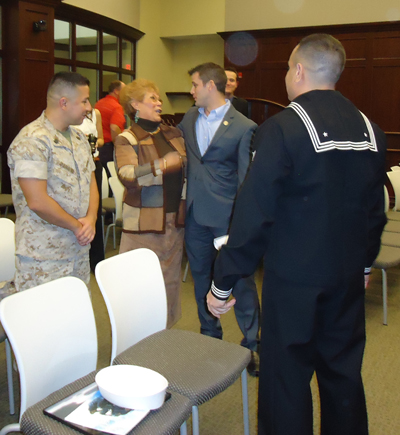 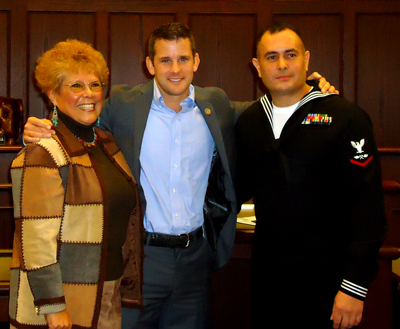 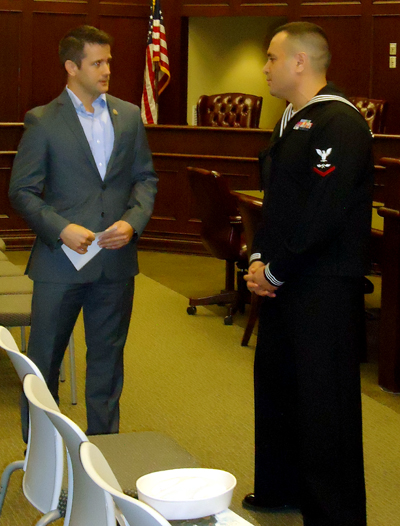 I was honored to attend the ceremony and my thanks to Congressman Kinzinger for inviting me to honor this American hero. 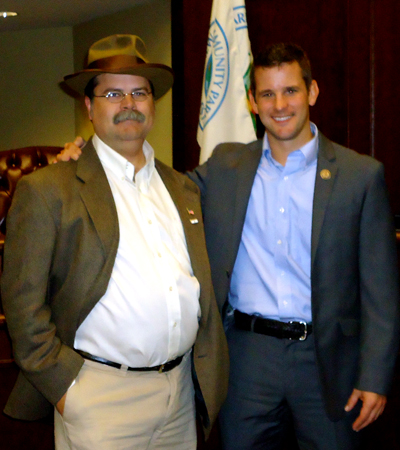 By the way, in the New Lenox City hall there is also an interesting life sized statue of Abe Lincoln. 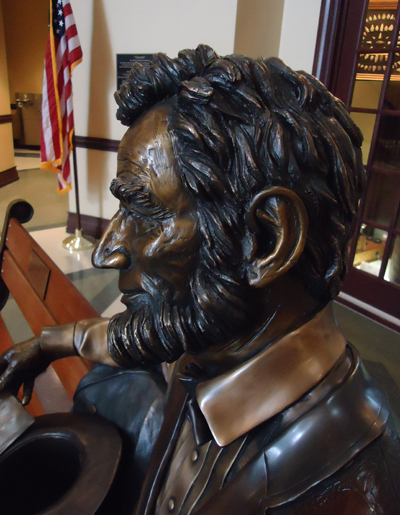