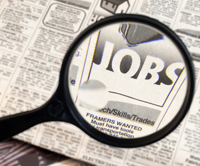 Thanks to Illinois Democrats and Governor Pat Quinn, Illinois now sits among the worst states in the country for jobs and business. Texas and North and South Carolina rank as the best.

Illinois is the state with the third worst business climates in the country. Only New York and last rated California are worse in the survey of 322 corporate executives conducted by Development Counsellors International (DCI).

The survey, taken every three years, asks the executives a series of questions meant to discern the most effective tools for marketing and business that leads to deciding where to open new offices and expand business. Executives cited low operating costs and a pro-business climate as the chief reasons for looking upon a state favorably.

For the fourth consecutive time, California was deemed as having the least favorable business climate, with 70.5% of the responses. New York was named second most frequently with 46.5%, followed by Illinois (24.4%) Taxes, high costs and “anti-business climate/regulation” spurred most of the negative opinions.

On the other hand, Texas reigned supreme.

Texas was the clear-cut favorite among the respondents to the survey, with 49.4% naming the Lone Star state as having one of the most favorable business climates in the nation. North Carolina ranked second with 27.8%; South Carolina has 14.3% of the votes. Texas and North Carolina have consistently landed in the top spots since the survey began more than a decade ago. Texas has held the #1 ranking since 1999, while North Carolina has been #2 since 2002. South Carolina, Tennessee and Florida have frequently traded top positions in the survey and 2011 marks the return of South Carolina to the #3 slot.

It is no surprise to us here in Illinois that we sit as one of the worst states in the union for jobs and business, though. No surprise at all.