Democrat's Excuse: When I Sexted Nude Pic of Myself, I Was Set Up 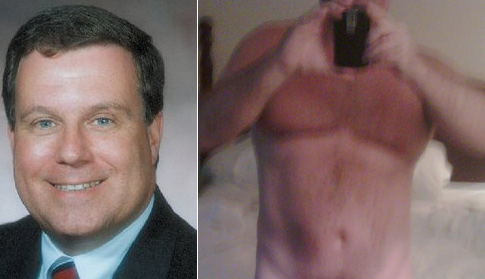 Here we go again, another sexting scandal perpetrated by a Democrat. But New Jersey Democrat Louis Magazzu, 53, had a darn good excuse for why his sexting of nude photos of himself should be ignored. He was set up, you see? Isn’t this like a crack addict blaming the crack?

Magazzu admitted readily enough that he sent to a woman he’d been texting for several years the nude pictures he took of himself with his cell phone. But apparently he felt we should cut him some slack because the woman gave the photos to one of his political enemies. She’s at fault… don’t you see?

Yep. She’s the bad guy here. “I did not know that she was working with an avowed political enemy to distribute these pictures,” Magazzu whined.

Magazzu, a Cumberland County Freeholder from southern New Jersey, resigned this week due to the scandalous photos. Freeholder Director Bill Whelan had been urging the sexting prone Democrat to resign for the past three weeks because of the mounting scandal.

In his resignation statement, Magazzu said he was doing so, “To spare those I love further pain, and to hopefully begin the process of healing.” Like always, these pols don’t start thinking of their family until after their sandals are exposed.

There was more excuse making, too. The Dim Dem’s attorney absurdly invoked “the right to privacy” that his client expected when he started sending nude photos of himself all over the place. Attorney Rocco Cipparone incongruously called Magazzu a “victim” over the incident.

A website dedicated to calling out Magazzu (www.magazzuwatch.com) originally posted the nude photos of the sicko Demo bringing public eyes to the growing scandal. Once again, a blog leads the news.