CBS' Norah O'Donnell: Dan Rather Was One of 'The Very Best Journalists in American History' 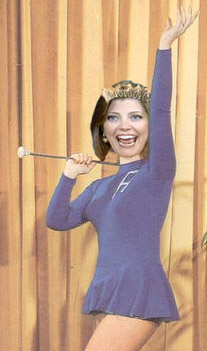 The latest issue of Capitol File magazine has a glowing feature on CBS News Chief White House Correspondent Norah O’Donnell. In it she claims that past journalists that have filled the role of chief White House correspondent for a major network have been “legendary” and “the very best” in the field. Of this “very best” she laughably elevates discredited CBS News anchor Dan Rather into that pantheon.

Capitol File is a magazine that focuses on D.C. elites, the movers and shakers, the bight lights in the City On The Hill. In it’s pages you will see all the beautiful people of Washington D.C. It is, we are told, “a place for power and politics, CAPITOL FILE chronicles and celebrates the most influential players, cultural connoisseurs, fashion sophisticates, and philanthropic leaders in the Washington, DC metropolitan region.”

Apparently Norah O’Donnell is an “influential player” now that she’s been raised up to the role of chief WH correspondent of a major network… even as those same networks have lost so much of their once all encompassing national influence.

O’Donnell was a 12-year employee of NBC News, but earlier this year jumped ship to take the top White House watching spot for CBS. It was “a stunning shakeup for both the front row of the White House briefing room and for Washington’s intensely competitive network news bureaus,” Politico said at the time.

Naturally, O’Donnell is thrilled to be the chief WH correspondent and self-servingly wants to cast herself as being among “the very best journalists in American history.” So she told Capitol File as noted by MediaBistro.com.

Not many heels have stepped in to the role of chief White House correspondent, a male-dominated post that has historically led to network anchor-dom. Cognizant of her potential path, O’Donnell has embraced the opportunity to make her mark on the political media sphere. “Brian Williams had that job, Dan Rather held that job,” she says. “The people who have been chief White House correspondents are legendary and the very best journalists in American history. And, so, that was really decisive for me.” Hail to the chief.

Imagine that. Dan Rather being considered “one of the very best journalists in American history”!

Yes, this is the same Dan Rather that was ousted from his spot as CBS News anchor for his “fake but accurate” story about G.W. Bush reported during the 2004 presidential contest. Rather led with a story that claimed Bush was a deserter from the Texas Air National Guard even though the documents that served as the main support for the story were not well sourced. Of course, it got worse than mere questions of sourcing when the documents were later found to have been completely fabricated, and clumsily at that. It was discovered that the papers were created using modern computer technologies, technologies that didn’t exist in the 60s and 70s when Bush served.

Of course, it is bad enough to claim Dan Rather is one of “the very best” journalists in American history, but even the other correspondent she mentioned, Brian Williams, is no slouch in the bias department, either.

In any case, if these are the sorts of people that Norah O’Donnell looks up to as “the very best” then we must wonder exactly what sort of “journalism” O’Donnell imagines she should pursue as the chief White House correspondent?

On the other hand, perhaps we don’t need to wonder. We already have many examples of O’Donnell’s left-wing bias, so we don’t have to wonder very much what her focus is, do we?