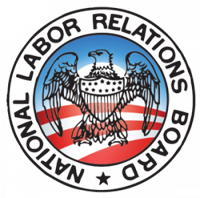 Imagine the gall of Gordon L. Wray Jr. to die without first getting Obama’s permission! I mean, it takes a real yutz to die before The One waves his royal hand in forbearance, ya know? So, to punish the dead, Obama sent his National Labor Relations Board goosetepping to threaten the man… the, the dead man.

“Every week the NLRB publishes a summary of NLRB decisions,” LaborUnionReport latest weekly summary, there was one decision summary that seemed rather unique…”

As it happens the “unique” decision that the NLRB made was that dying wasn’t enough of an excuse to get out of answering to Obama and his union-bought-and-paid-for regulatory agency.

Got that. The death of the business owner “did not constitute good cause” for his not kowtowing to Obama’s NLRB. So a default judgement was levied upon him. Yeah. The dead guy was just told he better answer to Obama’s little board.

Wray dared die before answering to the NLRB. Who does he think he is, anyway?

So, how did this all happen? Well, Mr. Wray’s business, BLSI Construction Services & Grounds Care, found its employees attempting to get the International Union of Operating Engineers to unionize them. Pursuant to that desire, the AFL-CIO and the Operating Engineers sent the company a request to begin the process of unionization.

The company never replied. As it happens, Mr. Wray died before the union was ever certified and his estate was mired in financial troubles, even being ruled insolvent. So, it’s no wonder that he never replied to the union’s demands.

The NLRB insists this dead man is engaging in “unfair labor practices.”

Having found that the Respondent has engaged in certain unfair labor practices, we shall order it to cease and desist and to take certain affirmative action designed to effectuate the policies of the Act. Specifically, having found that the Respondent has violated Section 8(a)(1) and (5) of the Act by failing and refusing to bargain with the Union, we shall order it to cease and desist therefrom and to bargain on request with the Union, and, if an understanding is reached, to embody the understanding in a signed agreement. To ensure that the employees are ac-corded the services of their selected bargaining agent for the period provided by law, we shall construe the initial period of the certification as beginning the date the Respondent begins to bargain in good faith with the Union.

I wonder how the NLRB plans to enforce their little judgment?

I think the NLRB and its enforcers better plan their next action for a full moon on Halloween so that Mr. Wray can rise up from the grave and shuffle his ol’ desiccating corpse self into their offices to answer for his apostasy. I think that is about the only way they will get satisfaction for their little “judgment,” anyway.

Still, all funnin’ aside, this incident really does show the arrogance of Obama’s administration and his union-favoring NLRB. They even favor unions over death! This incident is quite instructive, really.