A Few Things Illinois Needs to know about the Debt Crisis 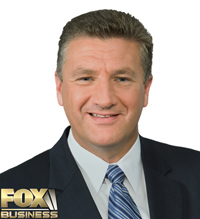 The debt crisis is a national disaster, of course. But Illinois will likely be affected worse than many other states. For one thing, Illinois is the most broke state in the union and will be affected more immediately by the mess that is our national economy than any other state. But, as Fox Business network’s Ashley Webster reports, there are five things that Illinoisans need to know about how the crisis will affect them.

Webster will be doing a special report on Fox Business Network on Monday, August 1 at 5AM, talking about how the debt crisis will affect Illinois, but I had a nice exchange with him and he gave me a little sneak peek at his report.

Webster told me several important points that the debt crisis means for Illinois.

1. If Congress fails to reach an agreement by August 2nd, then the US may be forced to default on its debt obligations. While it’s unclear how many of the bills would be covered by existing revenue, it could soon threaten the checks for recipients of welfare, Medicare, Social Security, etc. For Illinois, a default on the federal debt could cause Illinois’ pensions to decline, certainly, but the size of the problem and the long-term implications are anyone’s guess. State officials have no way to gauge this because none of this has ever happened before.

Illinois State Treasurer Dan Rutherford says if the US defaults on some of its debts, he will need to move about one-third of the state’s investment portfolio into accounts that might bear no interest. Rutherford says that Illinois might lose earned interest but his chief duty is in making sure the state’s money is not at risk. However, this action will have to be factored in to revenue estimates.

Also, even as Chicago real estate values recently increased for the first time in nine months and Chicago-area home prices rose 1.7 percent from April to May, a default could well cause that gain to evaporate.

2. Even if a debt agreement is reached in time, the country’s prime AAA credit rating could be downgraded. If that happens, the cost of borrowing goes up for the government and eventually for the consumer, as well. The costs of everything from credit card bills to car payments to student loans could rise. As to the state, the Illinois State Treasurer says a downgrade in the federal government’s bond ratings could lead to a downgrade in the state of Illinois’ bond rating, and therefore municipal bond ratings.

3. If the US defaults, the stock market could take a big hit as investors look for a safer place to park their money. It could also severely hurt the fragile economic recovery, and some experts say the GDP may contract by as much as 5 percent. The financial impact could be considerable on Illinois’ finances, as it is one of the most financially challenged states in the U.S. today, owing at least $45 billion in bond debt, $8 billion in unpaid bills and $140 billion in unfunded pension and health care benefits for public employees.

Jack Ablin, chief investment officer for BMO Harris Private Banking in Chicago says, “Illinois is already dragging its feet on paying its bills, and this (national debt) is one further wrench thrown into its cash-flow problems.”

4. It’s not just a problem for the United States. If the US defaults on its debt, global markets will also be hit, likely triggering a global slump and a real risk of another banking crisis. One of the largest holders of US debt is China where officials are already criticizing the “astonishing recklessness” of Washington. China may be more reluctant in the future to invest in American debt. Needless to say, this could all easily cause Illinois’ pensions to decline.

If the dollar crashes it will also make travel more expensive for Americans and Global companies worried about our dysfunctional finances might lay off workers in the US — adding to an unemployment rate that remains stubbornly high above 9%.

5. If Washington can’t pay its bills, then the states will be cut off from the federal pipeline of funding. Some experts fear that if the impasse continues more than a few weeks some states and municipalities may be forced into bankruptcy. To this point, Illinois Governor Pat Quinn has said that a national default would be “cataclysmic” for the United States. He went on to say that anything that causes federal funding to dry up for Illinois would be “Armageddon” for the Land of Lincoln.

Needless to say, Illinois is in the worst, most delicate financial position of any state and this whole crisis is particularly acute in the state the president calls home.

Fox Business Network will also be interviewing Illinois Treasurer Dan Rutherford at 11 AM on Monday. Rutherford will be talking about how a default or downgrade will affect the state and his plans on what to do about it.