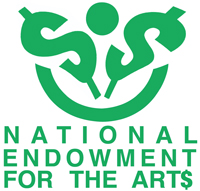 Yes, it’s time for another tale of millions of your tax dollars wasted by the NEA on “art” in America.

Supporters of the National Endowment for the Arts (NEA) like to puff themselves up as saviors of high “art” in lowbrow America. They love to imagine that without their advocacy for spending millions of our tax dollars to support dubious art projects, why, “art” in America would vanish. After all, you people are all uncultured, Neanderthals, you know?

Bruce E. Walker recently alerted us of the newest boondoggle to come out of the NEA. This time the NEA is sponsoring hundreds of thousands of dollars to go to video game makers.

Yes, video games. Apparently the NEA thinks we have a dearth of video games in America and they need to rescue this important and neglected “art” from somehow disappearing. The NEA’s website proudly touts its new agenda to “assist” the electronic media by adding a new category to its list of obviously endangered fields of art. They tells us that the NEA will now turn its attention to, “all available media platforms such as the Internet, interactive and mobile technologies, digital games, arts content delivered via satellite, as well as on radio and television; and media projects that can be considered works of art.”

Yep, those darn digital games are such a neglected field. For a 20 billion dollar a year industry, that is.

Yes, all those struggling video game developers out there need our federal tax money to keep their head above water. I mean, how can you expect someone to make it when the average video game worker makes a mere $85,000 a year? It’s a travesty that these artists are struggling so.

Now, here we are in a day when teachers are being laid off by the thousands all across the country because budgets are stretched beyond capacity, but Obama’s NEA wants to spend millions of dollars on an industry that is doing just fine, thank you, without the fed’s help.

The federal government should follow the example of Kansas Governor Sam Brownback who, as Walker notes, has successfully cut out of his budget all funding for the arts in Kansas.

There is nothing at all wrong with the arts, of course. I love them, myself. But “art” is entirely subjective and it isn’t something that a democratic government should be paying for. What is art to one person is anti-Americanism to some, pornography to others, disgusting to another person, and even blasphemy to still more.

Besides, the arts in America do just fine without the nanny state’s help. But even if fine arts did need some help, can anyone argue that a $20 billion a year industry qualifies as struggling? Especially in this day with government budgets so deeply in the red?

This is a monumental boondoggle and should be ended now. The NEA should be one mound of federal spending ripe for being eliminated.