Thanks Governor Quinn: Illinois Loses Another Business and One More (Sears) on the Way Out 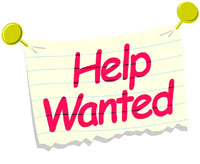 Wisconsin is celebrating over the stupidity of the political class in Illinois, a state that is steadily destroying its business climate and mounting some pretty high tax rates. The town of Menasha, Wisconsin, though, loves Illinois because Prolamina Corp. has chosen it for a new flexible-packaging plant, one it is moving from the Land of Lincoln to Wisconsin.

Prolamina Corp. will begin building its new facility in Wisconsin in August. The facility will be serving the needs of the “tobacco, cheese, pouch materials, pet food, medical, produce and snack food markets.”

So, Illinois has lost yet one more business. There has been a steady stream of business fleeing from Illinois.

This news comes as a prelude to reports that Sears is shopping for a new state to move to, as well.

Sears has its Headquarters in Hoffman Estates, Illinois, a western suburb of Chicago but is now considering a move out-of-state. Illinois Governor Quinn claims he still has a “good relationship” with Sears and that his office is working with the venerable retailer to keep its facilities in Illinois. Sears employs about 6,000 people at its Illinois HQ.

Still, this news is unwelcome in a state with an unemployment rate that is topping 9 percent.

Representative Peter Roskam (R, ILL) says that this is yet another sign of how bad the business climate has gotten in Illinois.

Sears’ considering leaving Illinois is yet another warning sign we can’t afford to ignore. We’re in a global competition for jobs and commerce – and Illinois keeps losing. How many major employers openly considering leaving will it take for Illinois to realize you can’t borrow, tax and spend your way into prosperity?

I was reminded how other states view Illinois recently, when I moderated a panel of three current U.S. governors. When the subject of Illinois came up, the governors burst out laughing and apologized to me in advance for stealing away businesses for their own states. They each knew that the recent tax hike on employers in Illinois opened the door for them to entice employers in the Land of Lincoln to move to their own states.

Illinois ranks as one of the worst business/legal climates in the country, so no one should be surprised that the state is losing businesses right and left.

Thanks to Illinois Democrats and weakling Republicans the Land of Lincoln will soon be the land of no jobs at all. Maybe we should call it the Land of Slinking… Away.