Was Lincoln REALLY a Secret Atheist? 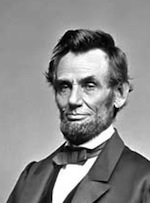 Here we go again. This sort of nonsense that passes for journalism rehashing our history, and badly at that, always comes up when there’s some sort of anniversary in the offing. This time it is the 150th anniversary of the Civil War which gave Discovery News an excuse to cast Lincoln as the new atheist hero all based on a “rediscovered letter.”

This “rediscovered letter” is, as Discovery News and Emily Sohn claim, “raises questions about Abraham Lincoln’s views on religion.” Sohn tries to lead readers into imagining that Lincoln was a closet atheist because the letter claims that Lincoln’s religious views were “driven not by faith, but by politics.”

The letter in question was written by Lincoln’s law partner and close friend — at least a close friend before he became president — William Herndon. Herndon made a cottage industry for himself out of being Lincoln’s close friend after the president’s assassination styling himself as Lincoln’s official biographer. He spent years traveling around the country talking to people who knew Lincoln in order to write the definitive biography of the president. Some of what Herndon wrote about Lincoln has since been debunked, but the fact is Herndon was the first person to make writing about Lincoln a national craze. Our sixteenth president has been written about more than nearly every other historical figure extant (other than Jesus Christ and Napoleon).

The letter Discovery News focused on dismisses the notion that Lincoln was truly a religious man.

“Mr. Lincoln’s religion is too well known to me to allow of even a shadow of a doubt; he is or was a Theist & a Rationalist, denying all extraordinary — supernatural inspiration or revelation,” Herndon wrote in the letter, signed Feb. 4, 1866, a year after Lincoln’s assassination.

“At one time in his life, to say the least, he was an elevated Pantheist, doubting the immortality of the soul as the Christian world understands that term,” continued the letter, addressed to Edward McPherson, Clerk of the U.S. House of Representatives. “I love Mr. Lincoln dearly, almost worship him, but that can’t blind me. He’s the purest politician I ever saw, and the justest man.”

Secondly, we can dismiss this letter as only of minor interest because it is not based on Lincoln’s words or on multiple eyewitness accounts on anything he may have said but instead on the claims of a man that did not know the president for the last 7 years of his life.

Third, we have many, many instances of Abraham Lincoln invoking God (such as in the Gettysburg Address and his inaugurals). So, if we were to rely only on Lincoln’s actual words we’d have to conclude that he did have some sort of belief in God.

Lastly, there is another problem with taking Herndon’s word for fact. Maybe Herndon is right and Lincoln was not much of a true believer when he was a little known Springfield lawyer, one that thought his political career might be through. But Herndon did not know Lincoln during the president’s last trying years of life.

Who knows what changes Lincoln saw in his belief in God during those last harrowing years? Perhaps he was less of a believer. Maybe he was more of one? The fact is we cannot know what was in Lincoln’s heart because he never came clean on this inner most feelings. The truth is we can suppose that Lincoln’s gained a clearer religious view during his presidency since we have many generally religious words from his writing and speeches. But we just cannot know.

We have another president whose religious views have always been in question but whose entire life span shows a general trend toward religion and not away from it. Thomas Jefferson is well known as a sort of theist (though he never, ever called himself that) and a skeptic. But as one reads his words on religion over his lifetime, one finds a man in his later years feeling rather kindly toward religion and saying things that a young Jefferson would have scoffed at. Yet we don’t have any precise religious explication from the man himself in his later year so we can only speculate.

In any case, what we have here is empty supposition by a journalist looking for an angle so that she can write about the civil war on the eve of its 150 anniversary. Junk history, for sure.