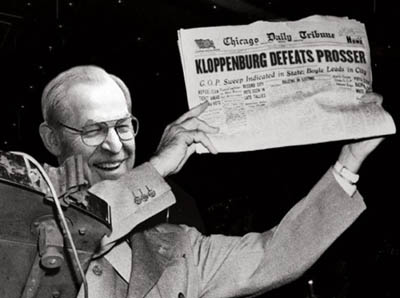 A county canvas of votes for Wisconsin Supreme Court Justice is finished and the result shows that Judge David Prosser, a 12-year veteran of the courts, won reelection over his union-backed opponent.

Judge David Prosser’s total now officially stands at 752,323 votes to challenger Joanne F. Kloppenburg’s 745,007. This spread represents a 0.488% margin and at less than .5% state law provides for a recount effort that does not require a filing fee.

Prosser’s campaign issued a press release saying they were all “very excited” over the results. His challenger said that she will fall back and try to make a decision if they will bother to file for a recount. Advocacy groups and unions spent well over $3.5 million in the race and large organized protests and rallies were held to support left-winger Kloppenburg.

This loss is a major one for the far left and unions. The unions especially invested much in this race for they felt much was in the balance. If Kloppenburg had beaten Judge Prosser, her presence on the court would have pushed the balance of the court in the left’s favor and would likely have assured that any challenges to Governor Scott Walker’s budget policies that reached the court would have been shot down.

Unions now have to expect that the courts will be more likely to uphold Walker’s cost-cutting measures and anti-union policies. But after millions spent, the unions have nothing to show for it.

It would also seem likely that Kloppenburg will file for a recount. But that remains to be seen.