Gov't Union Chief Says Working for Gov't is Like 'Slavery' 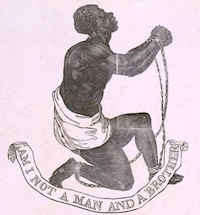 In yet another incident that goes to show why government unions should be made illegal as they once were, we find a government union chief so enraged that he and his members might have to tighten their budget belts — like every other American has had to — that he exploded into a charge that taking a momentary halt in pay means he is working like a “slave” to government.

John Gage, national president of the American Federation of Government Employees (AFGE), recently said at the National Press Club that if there is a government shut down and his member’s luxurious paychecks don’t get paid out on time, he’d sue using the 13th Amendment as his legal basis. The 13th Amendment essentially ended slavery and indentured servitude in 1865 at the close of the Civil War. Gage says that having to work during a government shut down and if their paychecks are not issued in a timely manner, then these poor, poor government union members are somehow just like the slaves.

Naturally this is idiotic hyperbole meant as a political ploy and has precisely zip to do about government union member’s paychecks. The fact is that no matter how long government is shut down no one is suggesting that government workers continue to work never getting paid for that work. It is obvious that all back pay will be issued once the budget battle is finished.

AFGE lawyers claim that if its members are deemed “essential” to government operations, why these workers will be forced to work “under threat of physical or legal compulsion.”

This is the sort of illogical, nonsensical, BS we get from government unions every single day. Threats, idiotic claims, hyperbole, lies, and nuisance lawsuits and de rigueur for government unions.

These people are shameless and should be eliminated from government.