Absurdity: Detroit's Mayor has 48 City Unions to Deal With 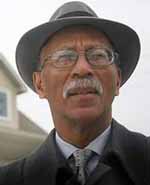 Want to know one of the reasons that Detroit (and every other major US city) is in such trouble? Democrat Mayor Dave Bing is struggling with a black hole of a budget deficit that he is stuck dealing with and one of his biggest stumbling blocks to fiscal sanity is the government unions. Oh, it isn’t just a few city government unions, either. He has 48 of them to deal with. 48 government unions all sucking up the tax payer’s dollars!

Granted Mayor Bing has decided not to take steps that might alleviate the budget long-term (like abolishing certain programs and city departments), but as the Detroit Free Press notes the unions are a major problem causing the city to spend $1.08 in employee benefits for every dollar the city spends on payroll.

As things stand the city has 8,000 active employees but is stuck with a legacy cost of 22,000 retired workers. Because of this, fully 30% of Detroit’s budget is going to retirees’ pension benefits. The Wall Street Journal reports that at least one Detroit area budget morass might be on the road to better health. Detroit school system chief Robert Bobb has already sent letters to the school district’s 5,466 employees. He’s informed them that they should expect major changes, including layoffs.

Mr. Bing, a Democrat, doesn’t have additional authority to break union contracts and circumvent City Council, but under the new law Mr. Snyder could invest this authority in municipal chief executives such as the mayor of Detroit. That possibility, and the further threat of a state takeover, is giving Mr. Bing more clout to push for major changes.

With a city deficit expected to reach $1.5 million by 2015, Bing and Bobb need all the help they can get.

Mayor Bing has called for government unions to make more concessions, but Bing says he refuses to consider layoffs. This is a foolish thing to say, really. It takes out of his arsenal the one most powerful weapon he has to deal with the government unions.

Still, ya gotta love a guy that wears a fedora as Bing so often does. Let’s hope that Bing can get a handle on this union problem. He has a hard road to hoe. For sure he is being mugged by reality like so many other Democrat mayors of America’s big cities.