Senator Jim Webb: The Hypocrisy at the Core of the Democrat Party 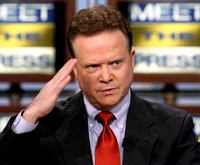 Virginia’s Junior Senator, Jim Webb, is already hanging up his senatorial career. One term was enough for the so-called moderate Virginia Democrat. He’s announced that he will not run for reelection. But the fact that he got elected at all shows the essential hypocrisy at the heart of the Democrat Party. Webb, you see, is what many might consider a “neo-confederate.”

If Jim Webb had run for the Senate from Virginia as a Republican in the modern era he could never, ever have gotten elected no matter which party the state is leaning toward at any given time. Yet Webb was given a pass for his neo-confederate sympathies and allowed to sail to election back in 2006. What about all this “neo-confederate” business? Well, back in 2004 Webb published a book titled “Born Fighting: How the Scots-Irish Shaped America.” This book was very friendly to the old Confederacy of our Ciil War era.

The book centered on the fighting history of the Scots-Irish immigrants in the US and waxed nostalgic over the population of early Americans that filled the ranks of the Confederacy’s military forces. Webb was very sympathetic to these folks and their efforts for the South during the war.

Of course, Webb never came out as a confederate himself. He didn’t use his book to support the south’s cause, he never said slavery was wonderful, he didn’t say the south was essentially right in its attempted separation. But the fact that he was extremely sympathetic with the southerners that fought and praised them on nearly every page, that would have been enough for most liberals to attempt to destroy a Webb candidacy for office… IF, that is, he was running as a Republican.

With the obvious nostalgia for the Old South Webb related in his book the news media would have eviscerated his candidacy for the Senate should he have run as a Republican. He’d have been portrayed as a Confederate flag-waiving racist ready to turn the clock back to the antebellum south. He’d have been dogged by his book at every campaign stop, in every interview, and it would have been the subject of every op ed about his campaign.

But this book was never once discussed by the Old Media when he ran back in 2006. The reason for this is because he ran as Democrat just when the left-wing Old Media was pushing hard to get anti-Bush Democrats in Washington.

Just as the Old Media never asked a question of Senator Robert Byrd (D, WV) and his Ku Klux Klan background, the Old Media ignored Webb’s confederate sympathies. Further, even as the Democrat Party is wailing about how every last Republican is a “racist,” they had no problem at all running KKK member Byrd or neo-confederate Jim Webb for office.

The hypocrisy is endemic.

As to Webb? Good riddance to him.