Once again Congressman Ron Paul of Texas has won the CPAC straw poll. Paul took 30 percent of those polled this year. Former Governor Mitt Romney took second place with 23 percent of the vote.

Naturally when Paul’s name came out on top the Paulies erupted in glee.

To see a bigger shot of the results on the jumbo screen, click on the images below. 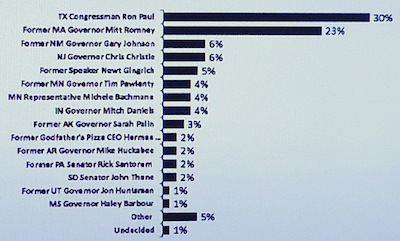 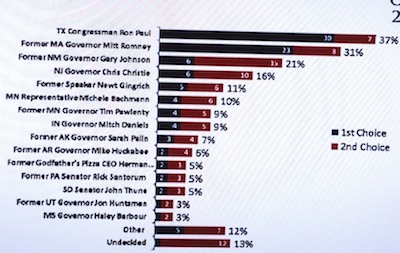 I want to thank RedCounty.com and RightPundits.com for sponsoring me at this year’s big bash.