Kinzinger Calls for Serious Efforts to Address the Budget 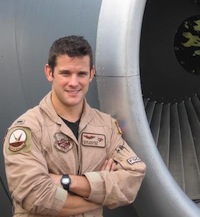 Last week I wondered aloud if Illinois Congressman Adam Kinzinger (R, 11th District) was going against his claims of being fiscally responsible when I saw his poor support of the budget cuts in HR1.

There were 22 budget cutting measures in HR1 and Kinzinger only supported 38% of those cuts. I found this odd for a guy that ran as a fiscal hawk. I have, however, had communication with the newly minted congressman over this issue and he has a logical explanation for not having voted for all the cost-cutting amendments. First of all Kinzinger reiterated that he “strongly supports the additional cuts” that the freshman class in Congress is pushing. He remains an advocate of the cuts being pushed “behind the scenes,” too. But he feels that he wasn’t given enough time to fully understand the amendments in HR1 and he felt it wasn’t proper for him to vote on amendments he didn’t fully understand. In that case he only voted on the amendments he felt he fully understood.

When we are voting on 150 amendments, I was and remain reluctant to vote on amendments where I don’t know what the cuts would do, and why the amendment was produced. I am appreciative of the leadership allowing open debate, however I saw many amendments that were related to personal vendettas or attacks on pet-projects. If I wasn’t 100 percent sure of the effect, I didn’t vote for the amendment.

I am deeply committed to cutting spending as evident in my actions BEHIND the scenes. I just don’t want to cut anything and everything recklessly without due diligence.

Here I have to agree with Representative Kinzinger. One of the biggest problems with Washington is the lack of due diligence. In fact, there is often no time at all to even practice due diligence. I might suggest he get his staff in high gear checking out these amendments, of course, but I have to agree that I don’t want someone voting for something that they don’t fully understand all the consequences that a “yea” vote will bring.

Obviously far too many amendments are cobbled onto nearly every bill that is pushed through Congress and our representatives often don’t have nearly enough time to read and comprehend all of them before votes are called.

So, what is the solution? Smaller bills with fewer amendments, of course. But Kinzinger has another solution in mind. He wants a new bipartisan debt commission like Ronald Reagan’s Grace Commission. In fact, Kinzinger wants to call it the “Grace Commission II.”

Back in 1982 Ronald Reagan created a group to review federal spending and offer a road map to bringing that spending down. The commission was headed up by businessman J. Peter Grace and its focus was to identify waste and inefficiency in the federal government.

The commission’s report, issued in 1984, found that one-third of all taxes taken in by the federal government was consumed by waste, fraud and inefficiency.

Unfortunately, the Democrats in Congress during Reagan’s era refused to take the recommendations seriously and spending was not reduced. In fact it got worse putting a monkey wrench in Reagan’s agreement to hike the budget if spending was cut later.

Whether Kinzinger’s Grace Commission redux would result in any real spending cuts is debatable considering how Congress ignored the first one, but his idea that a commission tasked to identify such cuts is not a bad idea at all. The trick is getting the recommendations implemented.

I received this from Kinzinger’s office on how the Grace Commission II might work:

The Grace Commission II would vote on the measures and they must receive approval from five members (therefore, it would receive bipartisan support) before draft legislation can be formally submitted to the House and Senate for a straight up-or-down vote. This is the key difference from the original Grace Commission and President Obama’s National Commission on Fiscal Responsibility & Reform.