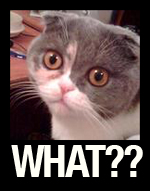 It isn’t just national issues that the Old Media misreports. As we focus on the “big” stories of the day, we often overlook the local scene and the left-wing excuse for “reporting,” therefrom. This is a perfect example of that.

Imagine you are a sophomore in high school and your sex ed teacher forces you to prance about your classroom singing and dancing to “The Vagina Dance” in a puerile attempt to teach the parts and functions of the female sex organ. Worse, imagine you are a male student in a classroom of such an unhinged teacher? Well, we don’t have to imagine it too hard because this exact situation has happened in a classroom in the Chicago, Illinois suburbs. But don’t worry. Chicago’s Old Media is all about reporting this incident honestly. Well, if honestly means to ignore relevant facts and shore up support for the out of control teacher and smooth things over for the school, that is. Early this month, parent Robert King, whose son goes to Crystal Lake’s Prairie Ridge High School, complained to school authorities over the inappropriate teaching methods of health teacher Jacqulyn Levin. As a teaching tool Levin used “The Vagina Dance,” a song replete with dance steps and arm movements, and required her entire co-ed class to participate in it – all to the tune of The Hokey Pokey, no less. As it happens King’s son was uncomfortable being required to prance about the room, arms emulating fallopian tubes, and singing about vaginas, so the parents complained.

In response the teacher claimed that her song was nothing but a harmless “kinesthetic device” meant to help the kids learn through “fun.” The Illinois Family Institute, however, begs to differ and called the claim, “a rationalization, an obvious and foolish attempt to conceal the inappropriateness and silliness of the activity with a patina of pedagogical legitimacy” (I love how they used edu-speak against the teacher, too. Kudos to that.)

Fittingly, McHenry County’s Northwest Herald Newspaper dutifully reported on this incident. Unsurprisingly, the paper ignored relevant facts and merely took the word of the school district as fact as the school circled its wagons to protect itself and its teacher. The paper made matters worse by publishing an editorial by Cyndi Wyss, the paper’s Community Editor, that downplayed the father’s concerns and further supported the school. Wyss also ignored relevant facts.

For her part, Wyss proclaimed the whole incident overblown and said that the teacher was “using an educationally appropriate, ease-the-tension tool in her teaching repertoire.”

It is clear that the Northwest Herald took sides in this debate.

But parent Robert King disagrees with the Herald’s position and excoriated its penchant to ignore relevant facts.

The paper says that no one calls the song “The Vagina Dance” except the kids, insisting that the teachers and officials have never called it that. Yet, in emails back and forth between Mr. King and the school’s representatives, the thing was, indeed, called “The Vagina Dance,” and no effort to dissuade anyone form considering it thus was attempted. In fact, the IFI reprinted one of Principal Paul Humpa’s replies and in it he calls it that himself.

Not only that, but the paper also tried to make this song seem isolated to this one teacher’s efforts to find an “ease-the-tension tool” in her class, but King asserts that several teachers have used this “song” and have been doing so for several years — all of them calling it “The Vagina Dance,” by the way.

King’s reply to the skewed editorial can be seen at the Illinois Review.

The issue here is, of course, one of modesty. It is outlandish to force teenagers to dance around pretending to be vaginas, whether they are boys or girls. It is a lack of propriety that we are discussing here. It makes kids uncomfortable and trivializes both the act of education as well as the female reproductive system.

But whatever it is or isn’t the fact is the local newspaper did its level best to create public opinion in order to back up this teacher and the school instead of reporting the actual facts of the case and allowing readers to decide. The Northwest Herald invented the news. It did not report it. This sort of shabby reporting is happening in nearly every state of the union and not just on the big national stories.