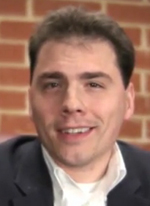 I’ll avoid any “the only good politician is a…” jokes here, but one thing is certain, newly elected State Representative Tom Morrison (R, 54th District) has taken the first step on the road to being a good politician. Or at least a good steward of the people’s tax dollars.

Mr. Morrison of Palatine has decided to forego the state pension benefits that he is legally eligible for because of his electoral success. According to the Daily Herald, Morrison was asked “are you sure you want to do that?” by an administrator when he turned down joining the pension plan this week at the state capitol in Springfield.

“I want to demonstrate to voters and taxpayers that since cuts have to be made, I’m willing to step forward and make a personal cut,” Morrison told the press. Morrison is also considering keeping his own family healthcare plan, too, and refusing to join the plan offered by the Illinois House of Representatives.

According to General Assembly Retirement System Executive Secretary Tim Blair, Morrison cannot change his mind once he’s refused. Unless rules are changed and politicians can opt in at a later date, Morrison can never enjoy a state pension from his service after officially declining when first offered the benefits.

I love what he said about the whole system, here, too.

“I think legislators should be compensated, but once that service is over, it’s over,” Morrison said. “I’d like for us to save for retirement just like the private sector does.”

Now that is what I’d like to see. There should be NO pensions for ANY politician. Paying them well while in elected office is one thing, but these lavish pensions that payoff for decades and allow them to become vested after only a few short years all on our dime is outrageous.