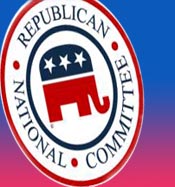 Light bulb banning Republican Fred Upton (R, Mich) is angling to become the new GOP chair of the House Energy and Commerce Committee as the House begins to look to adjusting to reflect the Republican’s tidal wave election. Upton is a perfect example of the sort of representative that the new GOP congress needs to think about very carefully before elevating them to higher positions.

Upton has the seniority to take the position, it is true, but his past nanny state-styled votes for banning the light bulb in favor of CFLs makes his bid troubling taking into consideration the conservative direction voters went on November 2 — and Upton didn’t just vote for the bill, he co-sponsored it with the left leaning Dem. Jane Harmon of California.

Upton’s voting record is quite a mixed bag where it concerns proving his conservative credentials. Along with the nanny-state light bulb ban vote, Upton also voted against extending the Bush tax cuts, he was in favor of the Troubled Asset Relief Program (TARP), as well as the first stimulus bill. On the other hand, Upton has supported many conservative goals, however. Recently he advocated that the House Select Committee on Energy Independence and Global Warming be eliminated and he also said that the Environmental Protection Agency has gone too far. Upton said that the EPA’s attempt to institute global warming rules through the back door of regulation is a “jobs killing” move and should be resisted. He is also a strong anti-abortion vote, has stood four-square against Obamacare, and has consistently supported the war on terror. He has a 72.42 percent ACU rating.

Still, the GOP leadership should not be lulled into accepting Upton’s bid for the chair merely because he is a 13-term congressman that has the “tenure.” This election should be proof that the voters want ideology to lead decisions of the GOP not longevity.

It isn’t just Upton that the GOP should carefully think about before elevating to new positions of power. The past election showed that the electorate thinks that government has gone too far, grown too big. GOP leadership should avoid putting its own advocates of big government into positions of leadership.

Upton faces an effort by Joe Barton of Texas who is trying to convince the House to give him a waiver of committee term-limit rules so that he can become chairman. Several other less tenured congressmen are looking to move into the chair, as well, but Upton seems to be in a strong position to take the chairmanship.