In Which I Come to Meghan McCain's Defense... Sort Of 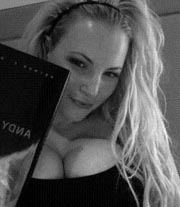 Politico must feel it has a delicious little story of media feuding to report upon. Recently Meghan McCain shook her head in amazement that President Obama would stoop so low as to appear on a Ryan Seacrest show. Seacrest has shot back at McCain snarking that McCain herself tried to get on his show, so what’s the deal with her criticism he wonders? For its part Politico is lapping it all up. But the whole story misses an important point, one that mitigates in favor of McCain’s point.

When it was announced that President Obama was going on Seacret’s show, McCain was somewhat aghast at it all. Of the plans, McCain said, “there is something so unbelievably desperate and sad about the president going on Ryan Seacrest -exactly WHO is on his communications staff?” She went on to say, “it is belittling to The Office of The Presidency. But at the end of the day, it’s all good things for Republicans…”

Also (making a reality TV reference): “No disrespect to Ryan Seacrest but I just don’t think The President should be doing an interview with the producer of ‘The Kardahsians.'” And: “He is THE PRESIDENT and the day of the elections that is what he is using his time for? no wonder republicans are about to sweep…”

Well, ol’ Ryan was not amused with the discounting of work. On his Twitter feed he slammed Meggie’s comments.

“.@McCainBlogette criticized @BarackObama for coming on my show… same show she asked to be on twice.”

And on his radio show blog, he went on…

“She thinks [On Air with Ryan Seacrest] is just low brow,” said Ryan. “I just want to be clear, it is the low brow show she wanted to be on twice to come promote her stuff.”

Seacrest’s website also notes that “during her father’s Presidential campaign, Ryan welcomed McCain onto the radio show to promote a children’s book she wrote about her experiences growing up.”

At first blush it does seem a bit amusing that Meggie is knocking the very show she wanted to be on. But focusing on Meghan is not what we should be doing with this story. The fact that Meghan is low brow, low rent, and desperate to get media attention should not surprise anyone.

Meghan McCain is an empty headed, non-entity. Her opinion on any subject is meaningless twaddle, to be sure. Yet, Meghan is essentially correct about her initial point here. A president should not be stooping so low as to as to be appearing on as unserious a venue as a Ryan Seacrest show. Nor a Stephen Colbert show. Nor a David Letterman show. Nor a Jon Stewart show. Nor even a Jay Leno show.

All of Obama’s media whoring has been unbecoming of the office of president. Meghan McCain is exactly correct. Focusing on her silly little life is not the right place to be looking. The bad behavior here isn’t Meghan McCain’s purported hypocrisy of dissing Ryan Seacrest’s low rent show. It is the low brow, low rent behavior of our president.