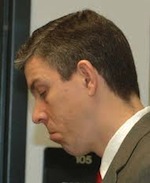 Obama’s Secretary of Education, Arne Duncan, pledged to turn America’s school children into good enviro zombies at an appearance at a Virginia high school earlier in the month and he intends to use federal funds to do it.

“Right now, in the second decade of the 21st century, preparing our children to be good environmental citizens is some of the most important work any of us can do. It’s work that will serve future generations–and quite literally sustain our world,” Duncan said at the Education Department’s “Sustainability Education Summit: Citizenship and Pathways for a Green Economy.”

“This week’s sustainability summit represents the first time that the Department is taking a taking a leadership role in the work of educating the next generation of green citizens and preparing them to contribute to the workforce through green jobs,” said Duncan. “President Obama has made clean, renewable energy a priority because, as he says, it’s the best way to ‘truly transform our economy, to protect our security, and save our planet.”

Duncan says that this enviro indoctrination effort, the “Blueprint for Reform,” will be funded by $265 million allocated by Obama for his 2011 budget.

“The president has proposed $265 million for this program in his fiscal 2011 budget,” said Duncan. “These grants will support subjects such as the arts, foreign languages, history, and civics–all of which receive funding under current Education Department programs. Because we recognize the importance education plays in the sustainability movement, these grants also will support environmental education.”

I’d like to see in the Constitution where it says that the federal government should be spending money to make enviro zombies please.