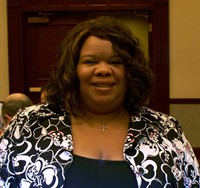 Anita was up first and she told us of her early days as a left-wing activist in ACORN, but she realized as she got higher in the organization the lies being told and the corruption going on was a slap in the face of the principles she thought she was fighting for.

At some point she decided to speak out and immediately the left made to destroy her. But as she persisted she found that the right was in support of her and were there to offer their help.

MonCrief said in retrospect her more conservative, family, church-going upbringing was a better fit with conservative ideals and she realized that joining forces with the right was like coming home. 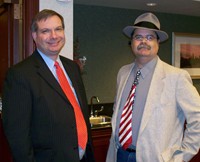 Next up was John Fund who always gives a great talk. John reminded us of the vote fraud that we should be ready to fight in November. John’s book, “Stealing Elections: How Voter Fraud Threatens Our Democracy,” is the handbook detailing Democrat perpetrated voter fraud.

Fund is exactly right with one of his points. When the left loses elections their people “don’t eat” but when the right loses elections or policy issues, they just go back to their lives. This is because the left lives off government whereas conservatives have actual, productive lives. This gives the left an awfully strong reason to cheat in elections. 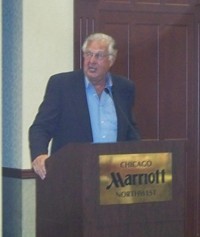 Armey had some great stories to impart but one of his best axioms of the speech was this:

“Republicans are motivated by the fear that the voters won’t understand, the Democrats are afraid that the public WILL understand.”

From here we had some lunch then went out to several breakout sessions on training and information for conservative activism.

Later this evening the big rally with Glenn Beck…