On the eave of the biggest rush to run for Chicago Mayor in recent memory, Jesse Jackson, Jr. has been hit with more allegations of being involved in a scheme to buy a Senate seat from disgraced Gov. Rod Blagojevich. Additionally, there is a hint that Jackson was involved with a woman flown several times to Chicago by a campaign contributor.

An Indian-American businessman has told federal authorities that he was asked by Congressman Jackson to begin raising money for Rod Blagojevich so that Blago might appoint Jackson to the open Senate seat that Obama vacated when he took the White House in 2008.

Shortly after Blagojevich’s arrest on corruption charges in December 2008, the Chicago Tribune reported that FBI agents went to the Oak Brook home of Indian-American businessman, Raghuveer P. Nayak. The Tribune reported Nayak hosted an Oct. 31, 2008 luncheon where he discussed raising $1 million for Blagojevich to help persuade the governor to choose Jackson. The congressman’s brother Jonathan appeared at a Nayak-sponsored fundraiser for the governor three days before Blagojevich was arrested. 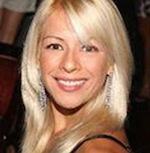 There is also an affair broadly hinted at between the Congressman and a woman named Giovanna Huidobro, an affair that Jackson has asked the media to ignore so as to “respect” his “private” problem between he and his wife.

The woman is said to be a “restaurant hostess” but the picture that is being used by the media looks suspiciously like a swimsuit model seen on the CincoUno.com website.

When confronted with the possible relationship, Jackson clammed up and tried to cajole the media to ignore the whole thing.

“The reference to a social acquaintance is a private and personal matter between me and my wife that was handled some time ago,” Jackson said in his statement. “I ask that you respect our privacy.

“I know I have disappointed some supporters, and for that I am deeply sorry. But I remain committed to serving my constituents and fighting on their behalf.”

Some may harken back to their old Clinton arguments and say that this is all “just about sex.” Au contraire. This woman was flown to Chicago at least two times by a supporter for costs exceeding the House of Representative’s gifting rules. Jackson did not mention these flights on his House disclosure filings. This is an ethics violation in more ways than just the violation of his wedding vows.

Jesse Jackson’s Republican opponent, meanwhile, has issued a statement about these new allegations. It reads, in part:

Today, we have been informed by the press that Mr. Jackson directed Mr. Nayak to offer Rod Blagojevich six million dollars in campaign cash in return for an appointment to the U.S. Senate seat.

It is time for Congressman Jackson to tell the members of the Second District the truth. They deserve to know what he did and why he did it. They have suffered long enough under the three-peat of political corruption that has existed for the past thirty years.

We need a clean break from the politics of the abuse of power and public trust. We need someone with the character and values to represent our district with honesty and integrity.

I would suggest that all this makes Jackson’s possibility of running for Mayor of Chicago a lot less likely.