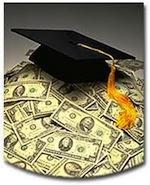 They call it a “recruitment tool,” but it is little else but yet another way for Congressional elites to give each other favors on the taxpayer’s dime. As Americans are increasingly losing jobs, even their homes, congressmen are using taxpayer’s dollars to pay off the student loans of their staffers. Worse, this has been going on since 1990.

The law was enacted in 1990 and updated in 2000 with the idea that congress could use this incentive to lure good applicants to congressional staffs.

More than a decade ago, Congress authorized a student loan repayment program for highly qualified professional, administrative, and technical federal personnel covered by the General Schedule (GS). Section 1206(b) of P.L. 101-510, enacted on November 5, 1990,1 responded to a recommendation of the National Commission on the Public Service that a loan forgiveness program be established for federal service.2 The commission found, in its April 1989 report, that the federal government had serious problems in recruiting and retaining a quality workforce. Student loan repayment is viewed as a way to make government service more attractive to candidates, many of whom have incurred significant student loan debts in acquiring their education.

It’s just another example of our representatives in Washington laughing at us and treating the taxpayers as suckers. It’s yet another example of how these people imagine themselves to be above us. Why, they are so important that they shouldn’t even have to pay for their school loans.

There are thousands of little perks like this that these elites have over the years bestowed upon themselves all at our expense. It’s high time we started electing people that will reverse these self-awarded perks that our congressmen and senators give themselves year in and year out.