Credit Card 'Reform' Will Force All Credit Purchases to Exceed $10 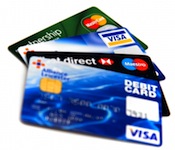 Previous to the current meddling by Congress, stores were technically not allowed to require a minimum purchase for credit cards. If you wanted to charge ten cents or ten dollars merchants were supposed to accept the charge. But the Durbin Amendment (Sen. Dick Durbin, D of Ill.) to the credit card “reform” bill passed by Congress will change all that by allowing stores to set a minimum charge amount of $10 before you are allowed to use your credit card to purchase something.

This is just one more way that Congress is reaching into your pocket and taking your money. It is easy to realize that millions of people, when told they have to spend $10 to use a credit card, will charge to the minimum despite what they really intended to buy. It’s an obvious and unseen tax, in essence. It will become a common sight at cash registers when someone gets a bill of $6 or $7 rung up, a credit card will be brought out, the cashier will tell them of the new minimum charge rule, and the consumer will grab a few candy bars or some other nearby item to push the charge over that $10 minimum. This will be money spent that wasn’t intended to be spent but it will happen a lot from here on out. Of course, there is another aspect of the Durbin Amendment that could be beneficial. Merchants will be permitted to give discounts for favored credit cards. If a merchant prefers MasterCard, for instance, he can give a percentage discount for using that card while other cardholders will have to pay full price.

Still, if minimum purchase rules spring up all over, the discount idea will not amount to nearly as much savings as the increased spending to reach that minimum will incur.

Already several credit card companies have changed their user rules to allow minimum purchase rules by merchants. So expect to see signs popping up in stores all across the country telling you that you won’t be able to use a credit card for purchases under $10.