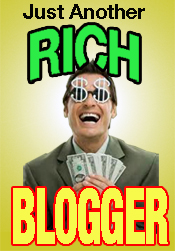 Are you a blogger in the city of Philadelphia, Pennsylvania? Do you have Google Adsense or some other sort of low-return ads on your blog? If so expect a letter soon from your friendly city treasurer demanding that you pay a $300 tax on your “money making business.”

For most people that maintain an active blog it is just a hobby. Some people blog daily but most only do so a few times a month. Many bloggers also participate in Google’s advertising program called Adsense but few make much more than $20 or $30 a year from the effort.

But according to the City of Philadelphia, you have a lucrative business one that you need to register with the city and either pay $50 a year tax or a “lifetime” fee of $300 to be allowed to operate. Naturally the Philly bloggers that have gotten this letter are flabbergasted. None of them were even aware they have a taxable business with their blog. Ah, but the city disagrees.

Even though small-time bloggers aren’t exactly raking in the dough, the city requires privilege licenses for any business engaged in any “activity for profit,” says tax attorney Michael Mandale of Center City law firm Mandale Kaufmann. This applies “whether or not they earned a profit during the preceding year,” he adds.

And America’s cities wonder why people won’t start businesses in them? This sort of lunacy is simply penalizing entrepreneurship at even the tiniest level. Like the story of the seven-year-old girl whose lemonade stand was shut down by City Health inspectors a few weeks ago, this Philly story shows that there isn’t an ounce of decency or common sense in government. It is also just another sign of how out of control government in America has become.

Additionally, this is one sure way to shut down any political blogger in the city, isn’t it? Who would pay $50 a year to rant about government? Few would bother if they were forced to pay to blog.