For Liberals Deception is An Important Tactic 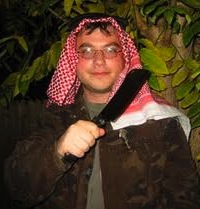 Jonathan Strong of The Daily Caller reports an interesting and instructive conversation that was held publicly between lefty blogger and Journolist member Matthew Yglesias and the National Review’s Mark Hemingway. During their exchange on Twitter, lefty Yglesias claimed that lying is a legitimate tactic for “advocates” to use to win the policy argument, thereby admitting that liberals think it is OK to lie in order to get their policies in place.

On his Twitter feed, Yglasias told Hemingway, “I think fighting dishonesty with dishonesty is sometimes the right thing for advocates to do, yes. That’s an honest view.”

Aside from the amusing incongruity of the statement — how can dishonesty be “an honest view” — it is telling that a big liberal like Yglesias doesn’t see anything wrong with using lies to win a policy argument. After all, many famous folks on the left have agreed that a lie or two used to gain power is not such a crime. Certainly Yglesias’ modus of arguing for policy is along the same line of thinking proposed in the famous Goebbels quote: “If you tell a lie big enough and keep repeating it, people will eventually come to believe it.” But Yglesias isn’t the only modern leftist to be swayed that an ends-justifies-the-means mode of policy making is the right way to go. For instance, Mark Hertsgaard, an environmentalist writer popular with the left, also agrees that “framing” the argument is one of the most important aspects of winning in policy debates. In a thinly disguised way of saying he feels that lies are the way to go, Hertsgaard once said, “How a report is framed, which facts it contains and emphasizes and which it ignores, and in what context, are as important to shaping opinion as the bare facts themselves.” This compares favorably to Yglesias’ statement. 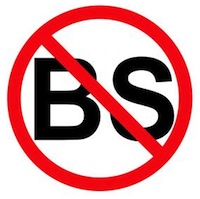 Of course, the big lie is a staple of the left-wing, Old Media, as well. One has only to recall the “fake but accurate” story peddled by Dan Rather of G.W. Bush’s AWOL status, a story that was based on hoaxed records. Then there is the old Dateline NBC story from 1993 supposedly warning viewers of a danger of exploding gas tanks on GM trucks meant to reveal the car manufacturer’s negligence. As it happened the Dateline NBC team rigged the tank with exploding rockets because they couldn’t get it to fail in the conditions the TV newser claimed would cause an explosion — viewers were misled into thinking that the gas tank exploded on camera. Then there is the “fake but accurate” story of the so-called death of a young Palestinian boy named Muhammad al-Dura. Al-Dura supposedly died at the hands of the evil Israeli military in a gun battle with Palestinians. This story even had manufactured photographic evidence and was the subject of world-wide recriminations against Israel. It turns out, of course, that it was all Palestinian propaganda and no 12-year-old Muhammad al-Dura died at all. This lie was so blatant that it was the subject of a trial of media figures in France.

But in each of these stories, the narrative was more important than the facts. Dan Rather so wanted Bush to be AWOL that he accepted false documents to further his case, NBC so wanted to “get” GM that they rigged an explosion, and Jew haters so wanted to pin mayhem on Israel that they accepted a hoax created by the Palestinians to slander Israel. In each case, the main goal was to win the debate. It didn’t matter to any of these lefties that they lied to get there. These three examples are a drop in the ocean of the left’s perfidy employed to win the argument.

In alarm at the modern’s left ease of bending the truth to win a debate one can only echo American founder Samuel Adams. Said Adams: “How strangely will the Tools of a Tyrant pervert the plain Meaning of Words!”

Naturally, when pressed, Yglesias claimed the he never lies in his work. His writing, he assures us, is always truthful and straight forward. He’s innocent, don’t you know? “What I write on my blog is honest,” he said earnestly.

So, why is Yglesias so averse to lying in his work if he is not against lies being employed by “advocates”? Where is his intellectual consistency to excuse – nay openly accept – lies being employed in the work of others but not in his own work? One is tempted to think that this protestation of his own innocence is an example of the principle at work.

This wasn’t Yglesias’ final word on the matter, though. When pressed by the Jonathan Strong of The Daily Caller to explain himself, Yglesias ended the conversation by telling Strong to “go f*ck yourself.” Then he abruptly slammed down the phone.