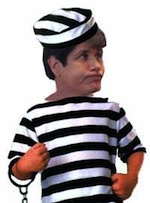 Robert Blagojevich, brother of disgraced Illinois Governor Rod Blagojevich, is celebrating today because the feds have dropped all charges against him and will not be re-trying him net year.

As to the ex-gov, Judge Zagel says that his re-trial should begin in the first week of January, 2011.