As They Live off Us, Some Federal Workers Pocket Fraudulent SS Benefits 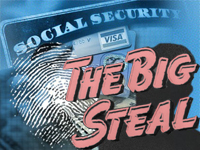 News has emerged today of an investigation by the Government Accountability Office (GAO) that has discovered hundreds of federal workers who are pocketing fraudulent Social Security disability payments. This is doubly galling, to say the least. Not only are these federal workers living off we the taxpayers, but now they are stealing from us outright.

The Government Accountability Office issued a report that showed at least 1,500 federal employees may have wrongly received benefits. The group’s investigation, which focused on two Social Security programs for people who have limited incomes due to disabilities, found several specific cases in which beneficiaries were earning well above the income cap while still receiving benefits. In one case, a Transportation Security Administration screener was overpaid $108,000, according to the report.

Worse, none of this fraud was uncovered by the Social Security Administration and the internal controls it has set up to catch this sort of stuff.

The GAO also found other fraud.

The report also found thousands of commercial drivers and transportation business owners who may be skirting the law. It focused in part on federal employees, estimating that 1,500 workers were receiving about $1.7 million monthly. Of them, one-quarter were U.S. Postal Service employees and 16 percent were Defense Department civilians.

The report revealed that, among hundreds of others, one TSA airport screener was found to have pocketed $108,000, an X-ray technician for the Dept. of Veterans Affairs reaped a $22,000 windfall, and a Michigan Postal worker $45,000. On top of all that, many of these workers received a $250 economic stimulus payment, too.

So, we have hundreds of cases of fraud — and if they found this many there are likely many more they didn’t find — all allowed to continue by the failure of a long-established agency in Washington D.C. to utilize its fraud detection system. One wonders how much fraud will be perpetrated once the confusing, labyrinthine architecture of Obamacare is forced upon the government?