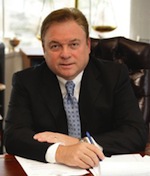 There are several precepts that American jurisprudence is supposed to be based upon. “Equal under the law,” “justice is blind,” “no man is either above or below the law,” in the U.S. these basic ideas undergird the premise that we are all the same under our American law. But apparently someone forgot to tell the American Bar Association about all these simple, long-time American principles because the ABA is delivering itself a new charge: The search for Hispanic law.

That’s right, folks, the ABA is no longer concerned with “the law.” The ABA is poised to become more concerned with segregating Americans into classes each with their own sort of “law.” According to the ABA, I suppose, we now have your basic “Hispanic law,” and perhaps your “African American law,” with maybe a little “White law” thrown in there, and, who knows, maybe some “gay law,” or heck, why not even some “non-human Americans law”? I mean my dog might want to sue someone, ya know? And, wouldn’t you know it, the reason we have this new concern about “Hispanic law” is because the new president of the ABA is a Cuban-American lawyer from Miami, Florida. The left’s identity politics, its propensity to separate us all into different segments so that they can better control us, moves ahead apace with the era of Obama…. you know, that post-racial president that was supposed to “heal” America? Yeah, that one.

New ABA President Stephen N. Zack will announce this new direction for the law next week and intends to hold public hearings across the country to “study” whether the legal system is “addressing the needs of Hispanics.”

I guess for an association that is supposed to be interested in “the law” addressing the legal needs of Americans isn’t good enough for this Hispanic-centric lawyer? He is more interested in making a name for himself as a left-wing, identity politics activist instead of a real lawyer.

Check out this specious reasoning that the Hispanic-minded Zack gave for his new look-at-me project:

“We need to find out the facts and we need to see how the system is working or not working to make sure that Hispanics are fully integrated and treated equally within our justice system.”

This Zack fellow thinks that the law should be warped to segregate us all into our own little legal enclaves and he wants to take the ABA into an ever more class conscious, and racebaiting direction. He has promised that his presidency will “focus broadly on the legal rights of Hispanics.” and he feels that, “diversity and cultivating the country’s next generation of lawyers” to follow his race-conscious pursuit of the law is of supreme importance.

Naturally, Zack is a major Democrat operative in Florida. His firm was a principle member of the Al Gore team when Gore tried to steal the election in 2000 and Zack has a long history of donating large sums to Democrat candidates. Those candidates include thousands to the Hillary for president campaign, donations to Senator Bill Nelson, Bob Graham, Debbie Wassrman-Schultz and others. He also gave $26,700 to the Democrat Senatorial Committee in 2005.

Zack is yet another Democrat moving into a position of influence looking to divide us one from the other.

Remember, folks, we aren’t “Americans” any longer. We are a polyglot of hyphenated peoples that presumably just happen to reside in the country that was once known as the United States of America. We are a mass of people set to be segregated, marginalized, and set up for complete control by the left.

Thanks ABA for keeping us separated. You are following the leftist divide-and-conquer playbook quite well.