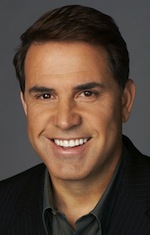 Continuing with our top ten most left-biased journalists working in America today, at number six we feature the redoubtable… or is it just doubtable… Rick Sanchez of CNN. Let’s face it, no list of Old Media left-wingers could be complete without the Ricker appearing on it somewhere!

Any casual observer would conclude that Sanchez has been a thorough wallower in left-wing bias for decades, even pushing his agenda on college kids.

Back in 2008 during the campaign for the election that gave us President Obama, Sanchez took his CNN cameras on the road to see how “America Votes, 2008.” Apparently, Sanchez thought “America” only cared about the left because that was all he was interested in pushing.

On April 21, Sanchez aired his appearance at Penn State University but in the days before that episode of “America Votes” some of the students that participated in the taping of the segment complained that Sanchez was pushing a left-wing narrative the whole time and acted the bully against the conservative kids.

During the bull session styled taping, Sanchez belittled the conservative-minded students and lobbed softballs at the Democrats. Sanchez attempted to twist everything that the conservative students said, was argumentative only toward he right leaning kids, and was obviously trying to goad them.

Sanchez was so blatant about pushing his lefty agenda on the kids that witnesses said the CNN camera crew felt the need to apologize for it all.

So much for what “America” was thinking. These kids went smack up against only what Sanchez was thinking and that was all he intended to put on the air.

And Sanchez isn’t only about being overbearing to college kids. Who can forget the day that Rick Sanchez decided that he spoke for all Hispanics everywhere?

In July of 2009 Rick took his brilliant philosophy to Twitter and decided in his infinite wisdom (yes, that’s sarcasm) that any “Hispanic” that works for Fox News is a “sellout.” Apparently Sanchez imagines that any person of Latin heritage that works for any network other than CNN is an Uncle Thomas.

Ah the mellifluous tones of the “race traitor” meme. The left loves that sort of oppressive, anti-free thought narrative, don’t they?

And as they say on TV, but wait, there’s more. The Ricker is also a charter member of the Old Media’s Obama Butt Covering Team. Just last month during a discussion of the BP Oil Spill, Sanchez used his CNN platform to grind home the narrative that the Republicans are the party of political contributions from Big Oil while conveniently leaving unsaid similar donations to Democrats, Obama in particular.

Murkowski, by the way, is one of several Republicans who want to keep the cap on what oil companies pay for spills at $75 million. Imagine that for a moment- they would only pay $75 million, if they chose to, after all the damage that’s been done in the Gulf of Mexico, which is, ironically enough, about how much they spend on campaign contributions to politicians each year.

Naturally, of President Obama’s $71,000 BP-related political campaign donation Sanchez was silent. In fact, Obama is one of the nation’s top recipients of Big Oil money. I guess the Ricker just forgot that? It was an honest mistake, right?

Still, despite that and other Obama Butt Covering efforts, the Ricker didn’t get any slack from The One at this year’s White House Correspondent’s Dinner event as one of Obama’s jokes featured a slam on Rick Sanchez himself.

As it happens, Sanchez revealed his expert knowledge of world geography by saying on the air that it was far too cold in Iceland for it to have volcanoes.

Obama thought that was just funny enough that, after he actually played the video clip for the audience, he thought to scoff at CNN’s claim to be the “most trusted name in news.”

Ouch. Poor Ricker. No respect, even from The One.

No wonder he is so upset at his fellow Americans. Everyone is just so mean to him. But he got even with half the American electorate, at least. He said they were just like the Taliban.

In March of 2010, the Ricker once again took to Twitter to attack Americans saying, “are our fundamentalist zealots different than the ones we fight in afghan and iraq” …With that Tweet we can see that Rick Sanchez is no “fundamentalist” on grammar, anyway. I guess anyone that leans conservative is just like the Taliban as far as Rick Sanchez is concerned.

Oh, and a little advice. You might want to stay off the road when the Ricker is behind the wheel, too. Just trying to help.

In any case, if you want bias, the Ricker is your man. In fact, a Google search of “Rick Sanchez bias” will give you some 59,000 hits. Not too shabby for a “news” guy, eh?

Please check back tomorrow for left-biased journalist number five, where we pass the half way point in our series.