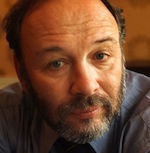 Second place looms large and it is quite an honorable — or maybe onerous — award on our top ten most left-biased working American journalists list. Amusingly our number two guy even graduated from a school that foretold his future work. From the bowels of New York’s exclusive Hackley School comes our number two most left-biased journo, Time Magazine’s Joe Klein.

Klein is another one of those far left writers that imagines himself to be unconventional in his politics when the truth is he is a left-winger all the way down the line without a scoshe of non-conventional thinking.

For instance, in his book ,The Natural, of his politics Klein wrote, “… the conventions of journalism prevent me from fitting too neatly into one political niche (although as a columnist for the New Yorker and Newsweek my predilections are obvious).” Far from not “fitting too neatly” into the left’s “niche” that niche fits him like a glove. For the better part of thirty years, Klein has been revealing his ill-fitting niche to the reading public and we couldn’t be more grateful for his niche-like, nichieness.

So let’s start by finding an example of Klein supposedly being nicheless, shall we? How about in 2007 when Klein attacked the left-wing blogosphere as being too vitriolic. Did that piece show that he was able to criticize his own? Did it show he isn’t just a knee-jerk leftist?

Unfortunately, a closer look at his piece proves wrong any notion that Klein could be even handed in criticism. After Klein scolded and finger pointed at the wild-eyed left-wing blogs that were at the time criticizing him, he ended up blaming it all on Bush and Cheney anyway. It was Bush’s fault, you see, because he and his side had started the mud slinging and name-calling and the left-wing blogs were just retuning the bile tit-for-tat.

Yes, Klein was actually contending that political mudslinging was invented by George W. Bush and the right only as late as the early 2000s. I guess he was asleep all during the 1980s when the political left was excoriating Ronald Reagan on a daily basis. For that matter, Klein must not know much history because the election of 1800 was a bit raucous, too!

That’s some niche he has there!

Of course, the very idea of a Joe Klein scolding others for being too vitriolic is a laugher in itself. The examples of Klein’s venomous pen are legion. Just to name a few: in 2007 he claimed that our effort in Iraq amounted to “ethnic cleansing“; in May of ’09 Klein said that columnist Charles Krauthammer was a bad writer because Charles couldn’t see the world he was writing about since he is in a wheelchair; in January of 2010 Klein called all the American people “too dumb to thrive” because they opposed Obama’s wild spending spree; in February he attacked the “nitwit populists of the right“; and in April he called Sarah Palin and Glenn Beck seditious just for having an opinion that stood opposite to the Kleinian “niche.”

As to the latter, it appears that “sedition” is Klein’s favorite epithet to throw at anyone that disagrees with him. Like most leftists, he just can’t stand opposing views. Not only did he call Beck and Palin seditious this year, but in 2009 he leveled that charge at Senator Tom Coburn and also in 2009 he decided that Fox News was “border-line seditious.” Apparently all you have to do to qualify for sedition these days is merely to disagree with Obama or Joke Line… uh, I mean Joe Klein.

For eight long years Klein suffered from Bush Derangement Syndrome (BDS), too. But his recent claim that the BP oil spill is Bush’s fault shows that he has not sought treatment for the sickness. On Chris “Tingles” Matthews’ show, Klein oddly proclaimed, “This is more Bush’s second Katrina than Obama’s first.”

Perhaps no one has pointed out to Klein that Bush has been gone from Washington for some time?

Then there’s Klein’s well-worn anti-Israel sentiment that is liberally sprinkled throughout his career. Recently, for example, he scolded the America-Israel Public Affairs Committee (AIPAC) for having the temerity to criticize The Obammessiah and before that he even hinted that American Jews that criticized Obama were somehow un-American. In a Time blog posted titled “Unacceptable Non-Apology,” Klein warned the American Jewish community that while he’s around there can be no opprobrium of The One.

Hmmmm. One wonders if Klein ever imagined that criticizing George W. Bush was somehow “an insult to us all”? One doubts it.

Sadly Joe Klein is just not very good at political analysis. Once again on the Chris Matthews show Klein revealed his utter lack of acumen at political analysis and claimed that the Democrat left-wing had no power in the Party, yet the “maniacs” on the right were in full control of the GOP.

What nonsense! Howard Dean, one of the most vitriolic left-wingers in American politics, actually became the Democratic Party Chairman! The GOP has no one in power as far right as Howard Dean was far left. And George Soros, MoveOn.org, and Markos Moulitsas of the DailyKos have been programming the Democrats for nearly a decade now. The right has no moneyman nor website with nearly as much power in GOP circles as those folks do for the Dems. This all seems like willful ignorance on Klein’s part.

While he may be a failure as a serious political analyst, Klein recently tried his hand at movie reviewing. Sadly he was no more successful at that than he is anything else.

Klein took in a showing of the left-wing fantasy pic “Avatar,” and came home rearin’ to write about it. Why, the film was a wonder to behold, Klein decided. Why was it so good? Because “the Americans were the bad guys” Klein gushed. He was thrilled that the audience was supposed to be “rooting against the humans.” Best of all, Klein was orgasmic with the hopes that due to the film’s simple-minded environmental theme it would “ripple in all sorts of lovely, little enviro-theistic ways.” At least he had it right that the “dialogue was awful” and “the characterizations were crude.”

Stick to your day job, Mr. Klein. Better yet, just retire. But even if he leaves the field of journalism today, Joe Klein has secured for himself the dubious distinction of the number two slot on our most left-biased journalists list.

Congrats, Joe. If I can borrow a phrase, nobody messes with Joe, ya know?

There’s only one more spot to fill, so please check back tomorrow for left-biased journalist number one as our series comes to an end.