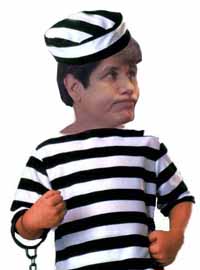 The Chicago Sun-Times is reporting that union leader Thomas Balanoff of the Service Employees International Union (SEIU) was contacted by President Obama to act as a go-between to help Obama friend Valerie Jarrett secure his vacated Illinois Senate Seat when now former Governor Rod Blagojevich was trying to sell the seat to the highest bidder.

Balanoff appeared as a witness at the Blago corruption trial today. He said that Obama called him the day before he was elected president.

“Tom, I want to talk to you with regard to the Senate seat,” Obama told him.

Balanoff said Obama said he had two criteria: someone who was good for the citizens of Illinois and could be elected in 2010.

Obama said he wasn’t publicly coming out in support of anyone but he believed Valerie Jarrett would fit the bill.

“I would much prefer she (remain in the White House) but she does want to be Senator and she does meet those two criteria,” Balanoff said Obama told him. “I said: ‘thank you, I’m going to reach out to Gov. Blagojevich.”

vBalanoff testified that Blago broadly hinted that he’d love to be offered the top spot at Health and Human Services, but Balanoff also said he couldn’t deliver that.

Obama appointed Jarrett to a position at the White House after the election.