Last Saturday I was again in the studios of the blowtorch, WGN AM 720 radio to appear on the ChicagoNow Radio extravaganza, this time with new hosts Amy Guth and Alex Quigley.

I was supposed to appear with Ryan Justice, but he took ill with an unwanted and unexpected bout of food poisoning. Sorry to miss ya, Ryan. I was looking forward to meeting you.

We spoke of things political and had an all around good time. It is likely they’ll ask me back sometime in the future, as well, so maybe we’ll get a chance to do it all again.

Have a listen for yourself…

This text will be replaced by the flash music player. 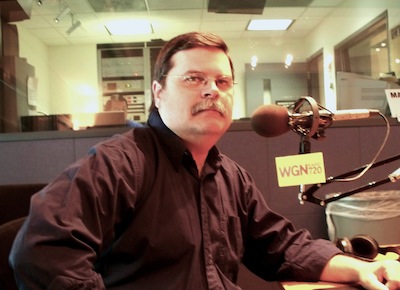