I know there are some who bemoan the nature of the Chicago circuit, for its low quality, for not having what Saratoga has, for not being as intersectional.  Ditto for the laurels of Del Mar.  But, for one week out of the year, Chicago becomes the center of the horse racing universe. Sorry, Saratoga. Step aside, Del Mar. We are where the action is. Next week Saratoga and Del Mar can have their glory back.

The Arlington Million, with its one million dollar purse, was the first race (not the Kentucky Derby) to put seven digits in the purse back in 1981. From the get go, the race had national attention as NBC telecast the race live. You probably have seen the end of the race and have may never realized it. Atop Arlington’s paddock is a statue that shows the outcome of the race, with John Henry winning in a tight photo over 40-1 The Bart on a marshy course. (Video courtesy Youtube.)

And as for how tight that photo was? 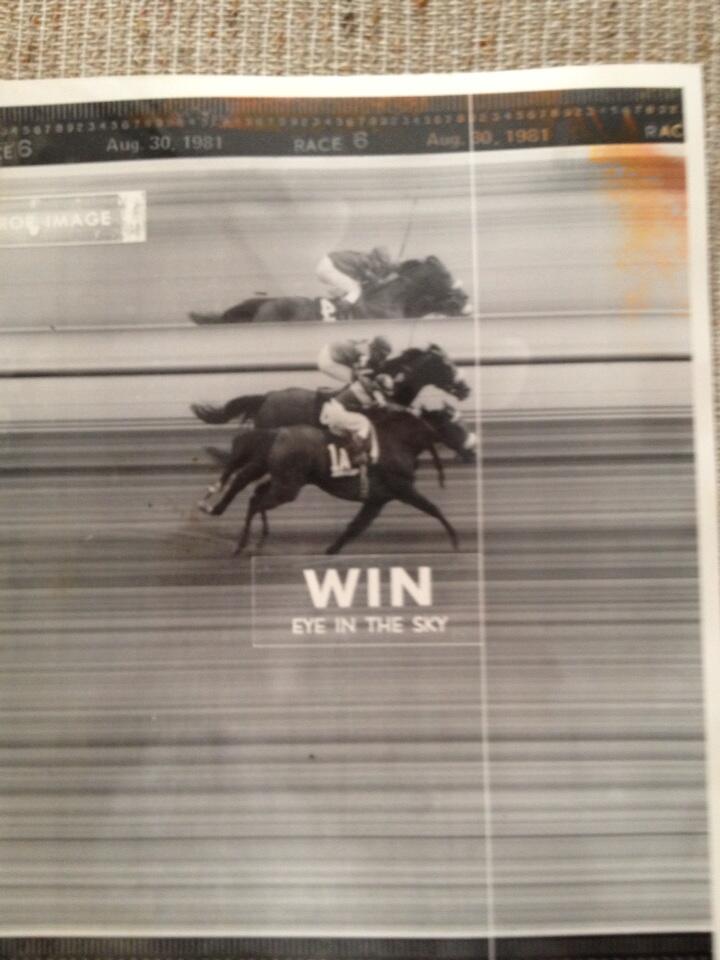 Two years later in 1983, the Arlington Million became a Grade One.  And although the Arlington Million was a hit from the onset, it’s a race that’s seen many a magical moment.  John Henry a second time. Teleprompter with fresh memories of a charred grandstand. Awad in a sizzling time. Powerscourt crossing the wire twice but winning once. The Tin Man and Little Mike all the way around.  Kicken Kris and Real Solution after disqualifications.

Not to be outdone on the Million weekend are a pair of G1s, one for elder fillies on the grass, one for three-year-olds.  They’re the Beverly D. and the Secretariat, respectively.  Two years ago the G1 triple become a four-pack with the addition of the American St. Leger for marathon types.  Whether it be the closing kick of Gorella or Dank or Dandino, the culminating season of Honor Glide or Kitten’s Joy, the “undercard” races have had as much luster as the Million, spelled with a capital M.

And Picks and Ponderings will be there every step of the way.  Both halves of the alliance are ready at the controls, those with initials of PM and NN.   Coverage will be here at ChicagoNow, Twitter (@picksponderings/@heylaserbeam/@rogueclown) and at other points that might arise along the way.

Ignition, we have liftoff.

You can take “Picks and Ponderings” with you anytime, anywhere. You can get Twitter updates @picksponderings for on-scene reports from Arlington International Racecourse. And you can get “Picks and Ponderings” in your e-mail by typing your email address in the box and clicking “Create Subscription.” It’s a FREE service, and you’ll never get any unwanted spam.