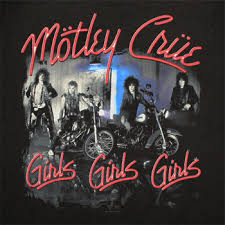 When a stakes race has “Oaks” in its name, it’s typically for three-year-old fillies. The Kentucky Oaks, Delaware Oaks, Coaching Club American Oaks, and so on fall under this category.  So too does the Grade 3, $150,000 Arlington Oaks, our local feature race of the week on the July 19 card.  This race for the girls has had some different names in the past, such as the Arlington Heights Oaks (for the municipality that hosts Arlington Park) and the Singapore Plate.  Shelved in 2011, past winners that have taken down graded stakes after their three-year-old seasons include Mariah’s Storm (who won stakes at Arlington at ages two through four), Upperline, La Tia, and My Option.

(Morning line odds were not available at original publish time. Updated on July 19 to include them.)

This is usually the time of the year when Wayne Catalano’s stable at Arlington gets flammable and starts winning races left and right.  Not surprisingly, Catalano enters double G3 winner AURELIA’S BELLE in this event.  Her only time off the board was at today’s mile and eighth distance, but that was in the G1 Kentucky Oaks won by Untappable.  And yes, this is the same Untappable that’s being pointed to run against males in the G1 Haskell.  AURELIA’S BELLE won the G3 Regret on the green on Foster Day at today’s distance post disqualification last time out, and is six of seven in the money lifetime, the only outlier that aforementioned race against a certain buzzsaw.  A graded winner on the poly, she gets Catalano’s first call rider (and son-in-law) Channing Hill to ride.  Catalano is also putting the blinkers on, a 22% win proposition.   One post position to the right lies MARIA MARIA, sired by Curlin.  Fans of Picks & Ponderings cohort Nicolle Neulist know her diligent tracking of the progeny of Curlin, and MARIA MARIA is on her radar.  MARIA MARIA’s closing kick was squelched three back at Prairie Meadows on a dry track and last time going a local one-turn polytrack mile cycled into a winning race to clear the N2X allowance condition against elders.  She’s back in against her own age group and will get some pace to attack, but the wide post won’t do her favors.  Distance won’t be an issue being she’s one of those #Curlinbabies.  Rider Marquez is quietly having a solid meet, and trainer DiVito is as well.  The popular and prolific Graham/Stidham jockey team that have three wins and six money finishes in the last seven starts are represented by STELLARIS in this year’s G3 Arlington Oaks.  STELLARIS went up to the Twin Cities for a small listed stakes and left with a second place finish.  Her two career wins have been on the polytrack, both at a mile and a sixteenth.  Nine furlongs on the breeding should be fine (by Harlan’s Holiday out of a Victory Gallop mare), but the Arlington race two back where she won by 7 3/4 is a bit of a mirage as she had an inside post and that distance favors those types of draws.  Stidham is having a strong meet by his standards (27% wins), and this horse could easily be the steam horse of the field.

Longshot: It’s quite possible that #2 PHANIEBDANCING (12/1) could be the lone speed in this race, but she’ll definitely be the speed of the speed.  Although she went backwards in the stretch in a minor stakes in Iowa, that race was on a sloppy surface and sloppy Iowa tracks tend to favor rally wide closers.  She was against the grain that day in Iowa, in other words.  Off the layoff but working solidly over the polytrack, she ascended through the allowance conditions at cross-town Hawthorne on their dirt, even being in the same zip code as quality runners like Diva’s Diamond (won an open stakes).  PHANIEBDANCING could be on the engine, on Congrats is one of the few sires of A. P. Indy that like the polytrack whereas most detest it.  Eddie Perez has punted home bombs in stakes this year like Fire Tricks and will be piloting this one.  Never out of the money in nine career starts and should also get a plus point should Arlington’s polytrack favor inside speed.

You can take “Picks and Ponderings” with you anytime, anywhere. You can get Twitter updates @picksponderings for on-scene reports from Arlington International Racecourse. And you can get “Picks and Ponderings” in your e-mail by typing your email address in the box and clicking “Create Subscription.” It’s a FREE service, and you’ll never get any unwanted spam.