The Kentucky Derby. The Run for the Roses.  The First Saturday in May.  The first leg of the Triple Crown.  The finest two minutes in sport.

Handicapping it though, is a mess. You are presented with a field of twenty horses (which is rarely seen at other times in America other than the Derby), all trying a distance they’ve never tried before on a surface that may be foreign to them and in front of 150,000 people in various states of drunkenness. With millions more watching on NBC. 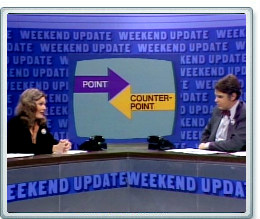 So, for the third straight year, I got some outside help. I consulted a good friend and sharp handicapper, Chris Hernandez. He can be found on Twitter, is a member of the WirePlayers’ “Derby Dozen” panel (Final ballot: here) and has written for Thorofan. We attacked the Derby in “Point/Counterpoint” style below. A reminder: the “P” and “C” do not stand for Point and Counterpoint, but they stand for our first names (Paul and Chris).

C:  No. Just no. He’ll be lucky to get more than two calls by Colmus the entire race. Next horse please.
P:  His claim to fame will be one of those tear-jerk stories you’ll remember in the hour and forty minutes between the Woodford Reserve and the Derby. Toss.
#10 WILDCAT RED (15-1)
C:  He had no excuse in the Florida Derby considering the group of hangers he was battling with. His routing capabilities will evaporate outside of Florida.
P:  How he got beat by Constitution is one of the great mysteries of the world.  He’s never been outside Gulfstream and sometimes that form goes sour when they go north.  Also, he gets false bonus points for running on the inside in the Fountain of Youth.
Solid 11th.
#11 HOPPERTUNITY Scratched.
#12 DANCE WITH FATE (20-1)
P:  To quote Craig Bernick, stable manager of Glen Hill Farm, “Dirt horses don’t like poly. Turf horses don’t like poly. Poly horses like poly!” Eye-select him as a poly horse who spins his wheels on the dirt.
C:  I think he has a good shot to get 3rd. A better version of We Miss Artie. He looked worn down by the time the BC Juvenile came around last year. The coming back in 3 weeks isn’t ideal.
P:  He’s 40% of the price and 40% of the ability of my synthetic horse bomber, in my book.
C:  The former is true, but the latter is false.
#13 CHITU (20-1)
C:  Darn Baffert giving me an inch of false hope that the connections were going to run in the Derby Trial, keeping the dream of him beng in the Met Mile this year.
P:  Do I have to talk about this one?
C:  He’ll just sort of be there near the pace, try to make a move turning for home and watch as California Chrome kicks away from him. This will break his heart and he’ll back up into an non-descript 9th.

P:  He who wheezes the least wheezes the best, and that was the case in New Mexico.  Get the inhalers out for this one.

#14 MEDAL COUNT (20-1)
C:  Gold in the Transylvania, silver in the Blue Grass, Bronze in the Derby?
P:  Unlike Dance With Fate, whose three week break isn’t ideal, this one could have won the Blue Grass wheeling back in a week if he wasn’t marooned in post 13.  Plus Dale Romans is trolling quietly, and he is dangerous when that’s happening.
C:  He’s actually the one I favor the most for 3rd. If the 3 races in 4 weeks does not catch up to him, that could happen…
P:  He’s one of a few I am looking hard and long at for the minor awards.  His pedigree is fine for the distance, unlike a majority of others.
#15 TAPITURE (12-1)
P: He’s a Tapit. No. End Communication.
C:  Ditto.
P:  The only value to his victory is watching the media squirm when PETA subject Asmussen wins.
C:  Still, no.
#16 INTENSE HOLIDAY (8-1)
C:  Guess he is the “steam” horse with Hop out.
P:  I could see this horse as the second choice in the wagering as this one’s bandwagon is filling fast. He bobbled away the Louisiana Derby but he beat mediocre milers in the Risen Star.
C:  He STILL hasn’t closed the talent gap between him and Wicked Strong that existed before the Remsen.  He could get 3rd, but I have him ranked much lower than many others.
P:  I don’t see him in third at all as he is getting plus points for things he shouldn’t get, like being by Harlan’s Holiday (tanked at ten panels) or losing to a loose Vicar’s In Trouble that he dusted in the Risen Star.
#17 COMMANDING CURVE (50-1)
P:  Lots of people say Golden Soul 2.0 based on his wide trip in the Risen Star and bad break in the LA Derby, especially given it’s the same trainer and same series of races.
C:  He can easily finish 18th as he could pull a “Homer” and somehow garbage collect up for 3rd. As someone who liked Golden Soul a lot last year, I can say he is nowhere near as good as Golden Soul.
P:  I too liked Golden Soul, and I ditto that this sequel isn’t as good as the original.  I see him garbage collecting to fifth or sixth. The NOLA races were not as strong as last year, too.
#18 CANDY BOY (15-1)
P:  Intense Holiday West in that he beat mediocre milers going beyond a mile and got dusted going nine panels.  Plus the Candy Ride offspring seem to hit the wall beyond 1 1/8.
C:   NO.
P: There are plenty of other mounts Gary Stevens is riding that have better chances. Please bet them.
#19 RIDE ON CURLIN(15-1)
P:  Unlike so many others who went into reverse in Hot Springs, this one to me turned a corner by rating in the Arkansas Derby. He reminds me of Super Saver in that he learned to stalk/grind rather than be a speedball. Live.
C:  He is 100% not on any of my tickets. His lack of acceleration will be his downfall. Toss.
P:  I also think he comes out of what may be the best prep of the year, the Rebel which had a potential Haskell winner sandbag the Santa Anita Derby and a second place horse than won a G3 last out.
C:  Nah. You’re wrong.
#20 WICKED STRONG (6-1)
C: A) He will be the CLEAR second choice at 4-1(!). B) He’s my pick.
P:  I tipped him as the horse to root for on radio and see no reason not to. He’s my pick too.  Even though he’s marooned in an outside post.  He can pass and I liked his Wood much better than the California Chrome show on the same day.
C: His form is muddled by three completely fake races (8.5 furlongs on the dirt at Gulfstream Park provide some of the untruest results ever + whatever you want to call that sham of a race that was the Remsen)
P:  He passed horses at the fraudulent mile and a sixteenth distance at Gulfstream and I get the feeling he hated that oval.  He checks the pedigree box being out of a Charismatic mare, too.
C:  He’ll have dead aim on California Chrome with an 1/8th to go. It will probably take all of that to catch Chrome too. Those two will be WELL clear of the rest. He is really the only one bred for ten furlongs in the entire race.
P:  I don’t see California Chrome that close turning for home. But in a Derby where we disagree below we agree at the top.
#21 PABLO DEL MONTE (50-1) (AE)

C: Ah Del Monte. Enjoy being near the front early. It shall not last.

P: See also the comments on DANCE WITH FATE earlier how he’s a poly horse and exactly that. Plus his outside post means he sends and adds early pace. Pace factor at best, caboose crew at worst.  Plus Sanchez is an aggressive rider, as seen from his Arlington days.  Don’t be surprised if he leads going into the first turn.
Okay, moment of truth time. Your top three and a longshot.
Chris:
#20 WICKED STRONG
#5 CALIFORNIA CHROME
#14 (3rd only) MEDAL COUNT
Longshot: #12 (3rd Only): DANCE WITH FATE

In an additional twist this year, I’ve been invited back by Racing Dudes to participate in the “Racing Dudes Kentucky Derby Handicapping Challenge, and some form of my selections above will be submitted for that challenge.

Whether you’re heading to the track or the not, you can take “Picks and Ponderings” with you anytime, anywhere. You can get Twitter updates @heylaserbeam for on-the-scene reports on major racedays at Arlington International Racecourse. And you can get “Picks and Ponderings” in your e-mail by typing your email address in the box and clicking “Create Subscription.” It’s a FREE service, and you’ll never get any unwanted spam.