If last week’s Breeders’ Cup was horse racing’s final exam, “Picks and Ponderings” got an “F”.  Expanding on that analogy, this weekend is an after-school tutoring session to try to regain confidence and do better next time.

The material is two state-bred stakes at Hawthorne Race Course.  It’s the third of three weekends devoted to state-bred stakes that were formerly grouped together as part of the Illinois Festival of Racing. This weekend features the two-year-olds.  Split by gender, the colts and geldings go in the Sun Power. For the fillies, the female complement is the Showtime Deb. Both stakes races are at six furlongs on the dirt and carry purses of $125,000.

The race honors Showtime Deb, who made eleven career starts in Illinois in the late 1980s, all at ages two and three. She was in the top two ten times out of eleven, with five stakes victories.

A short field of six will see the starter. I won’t disagree with anymore that bemoans the race as a dressed-up N1X (non-winners of one other than) allowance. INDYGO KISS was third in the N1X condition in October going today’s six furlong distance. She was a nose behind fellow entrant FIFTH OF APRIL and beaten a length in the mud that afternoon. Former rider turned trainer Carlos Silva has been well in his second career, sending out 18% winners this year. With a move to the outside post and with a fast track, she should close off the inside-drawn speed.  JULMAE graduated three back at Arlington going seven panels three back. Taken to downstate Fairmount Park, she was soundly beaten by FIFTH OF APRIL, who was nosed out of the stakes victory. Toss out her effort last time out going two turns on the Keeneland polytrack, where she ran evenly around the oval. She shortens up and gets Homeister back aboard. FIFTH OF APRIL has gotten a lot of press. She graduated at first asking at Arlington three back getting a good speed figure. But in two six furlong starts, she’s got two seconds with different pace scenarios. She caught a moderate pace at Fairmount in the All Sold Out Stakes for Illinois-breds and caught a fast early pace last out in an N1X at Hawthorne where she nosed out INDYGO KISS for second. The argument here is that she might not be able to (at least yet) run back to her cross-town debut.

Longshot: On paper, this looks like a two-speed number as MAGDALENKA and LILUCK look to run and gun from the bell. The quicker of the two looks to be LILUCK, but our longshot earned a slightly better figure on Hawthorne dirt last out. Trainer Terrel Gore sends out #3 MAGDALENKA (6/1), and Gore has made twenty-seven starts in listed stakes like today’s. Gore has ten wins and nine additional money finishes with a positive ROI. If you think MAGDALENKA can get the lead and hang on, you may be handsomely rewarded.

The race honors Sun Power , who made nine career starts in Illinois in the early 1980s, all at ages two and three. He was in the top two six times out of nine, with three stakes victories.

While everyone’s eligible for a N1X allowance, this looks like the stronger of the two races on paper. Let’s go again with the rider/trainer team used as our top choice in the Showtime Deb, rider Cisco Torres and trainer Carlos Silva. Silva has two here, but we’ll use SMOKIN GLOCK, who has hit the board in each of his three tries in sprints. The only time he was off the board was going two turns across town at Arlington on the grass. Toss that race, since we’re not on grass and not at Arlington. I like the fact this one pressed when winning three back on the Arlington polytrack, as there appears to ample front end speed. I must confess I served as the founder of the Stop Betting Giant Oak Foundation (SBGOF) in a former life. Giant Oak’s half brother is TALL GRASS CAT, who is also trained by Chris Block and owned by the Tarra Trust, the same owner/trainer of Giant Oak. I’ve badmouthed the G1 winner a lot and compared his acceleration to a CTA #54B bus broken down on the side of the street.  Giant Stupidhead, Giant Slowpoke, Giant Choke….you name it, I’ve called him that and more. While Giant Oak is retired, we get to see what his half-brother can (or can’t) do. He’s going to take a lot of money (like his half-brother often did), but Block puts regular rider Eddie Perez up. Sire Bluegrass Cat did win at 4 1/2 furlongs, 7 furlongs at two. He led a super-slow paced grass mile last time, and if the upfront speed goes too fast, perhaps he can pick off runners from the back. His half brother was best on dirt, perhaps TALL GRASS CAT will be too. DELSTAR led every step of the way last time at Fairmount winning the Troy Our Boy for the state-breds. It was a slow-paced race early that led to a super slow final time of 1:13 4/5 for six furlongs. I think no one wanted the lead that day, which affected the pace. Add in that the track at Fairmount rarely yields quick times. (Quality state-bred sprinter River Bear, that day, was barely under 1:11).  Think he stands a decent chance in his second start on dirt, as his two prior starts on polytrack were duds.

Longshot: The temptation is take the other of the two trained by Silva, seeing as how he and SMOKIN GLOCK form an uncoupled entry. 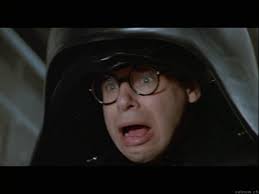 Fooled you.  Not using the other Silva but using #3 GAMBLIN JACK (10/1). Not often you get the meet’s leading rider (Alex Canchari, not Cisco Torres) at double digits on the morning line. This one put up a crazy-high speed figure in May at Arlington in an early season juvenile race, then was put away. He returned on October 27th in a first-level allowance and was eighth, but had a yucky break from the start. Let’s give him another chance at a price with a clean break.