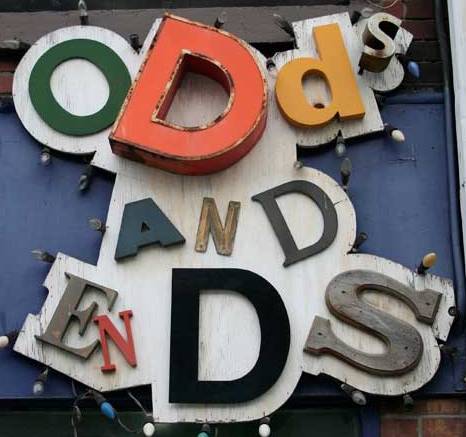 As the picture above reminds,  it’s an Odds and Ends post this week, readers. There’s no stakes race on the docket this weekend at Arlington, but there’s plenty of news off-track.

A New Title. The Author has shortened the title of the blog to “Picks and Ponderings”, to make it a touch easier for you the reader to find us. Sure, the focus is still on Chicago horse racing from Arlington and Hawthorne. However, the new shorter title allows for easier promotion on Twitter (@heylaserbeam; box at the right of the page). You won’t need to change your Favorites for any links, and for additional ease an e-mail subscription service has been added on the right side of the screen.

A Contest.  The Author is proud to announce participation in the Lead Pony Challenge. It’s a single-elimination, NCAA-styled tournament featuring head-to-head handicapping matchups. The base material for handicapping will be the Saturday and Sunday cards from Saratoga and Del Mar, with weekend headliners including the Diana, Jim Dandy, and Bing Crosby. Three races each day are selected from the two tracks, and the best handicapper of the two advances further on.  The contest is sponsored by the “Post Parade” podcast on BlogTalkRadio; be sure to check out the weekend episodes and the contest’s Facebook page for The Author’s Saratoga/Del Mar picks. (If they’re released here on ChicagoNow, it will not be until after the contest closes etntries for that day close.) More information about the prior week’s results, this week’s matchups, and more is found in the Wednesday July 25 episode of the “Post Parade” (fast forward to the 15:00 mark).

A New Trackside Chicago. In a press release from Arlington Park, Trackside Chicago will have a ribbon-cutting and VIP ceremony to celebrate the move to its new location. The new off-track-betting parlor is  at 940 West Weed Street (near the cross streets of North and Sheffield) just south of the city’s Lincoln Park neighborhood. The new location resides in Joe’s Bar, across from the former home of Trackside Chicago, the Mud Bug.

The ribbon cutting is on Monday July 30th, from 4:30 pm to 6:00 pm at the new location. Accessing the parlor is easy by car ; it’s between the Kennedy expressway and (outer) Lake Shore Drive on North Avenue; take the North Avenue exists and go east from the Kennedy or west from LSD. It’s also a mile west of North Avenue Beach, with Weed a block south of North Avenue.   24/7/365  CTA service is provided by the Red Line, which stops at North/Clybourn station, about three blocks from the OTB. North Avenue #72 buses can be used as well.

Getting Set for the Million. Not only are we counting down, second-by-second, minute-by-minute to the Million Day festival (we’ve got a countdown clock at the top right of the page), we’re also getting ready for that program (though more behind-the-scenes at this point). In the meantime, check out the Arlington Million site for news leading up to the mid-August festival. Picks and Ponderings plans to take you along as well.