The feature race of the week is the Chicago Handicap for older females, but there’s also a nifty minor stakes that could stand on its own. It’s the Mariah’s Storm, a minor ungraded stakes for a purse of $65,000. Mariah’s Storm before the 1995 Breeders’ Cup.

Mariah’s Storm was trained by Donnie Von Hemel and won three different graded stakes in three years at Arlington Park. She won at age two (Arlington-Washington Lassie), three (Arlington Oaks; at the time called the Arlington Heights Oaks), and four (Arlington Matron). In her career, she won ten of sixteen starts and banked over $724K in three seasons.

All this, and she accomplished most of her work after fracturing her cannon bone (an injury that usually ends careers) in the Alcibaides at Keeneland, one start after winning the Lassie. She recovered in time for the Arlington Oaks.

And in her post-racing career, she produced Giant’s Causeway in one of her crops. You might be familiar with him, as he was the 2000 European Horse of the Year and the 2000 Breeders’ Cup Classic runner-up. He was also the leading North American sire in both 2009 and 2010 and one of his off-spring was the popular Illinois-bred Giant Oak.

(A digression for a moment for The Author to groan and eyeroll at the mention of Giant Oak. The Author hated Giant Oak and called him lots of bad names, even starting a foundation to encourage people not to bet on him. End digression.)

Along with her racing and broodmare career, the racing career of Mariah’s Storm served as the plot backdrop to the 2005 film Dreamer. The film did stretch the story for Hollywood (the film version had her in the gate for the BC Classic; Mariah’s Storm did start in the 1995 BC Distaff), but also provided a new appreciation and new audience a decade after her racing career. 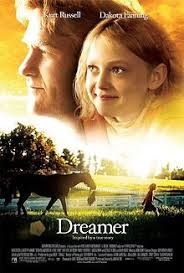 Please take note of the early post time and program position. I think there’s enough up front speed to set someone from off the pace, and the best of these types is IRE. I think she turns the tables on ST LOUIS CITY this time, as she was second last time in the Meafara and won two back on the Keeneland poly going seven panels. The rail post is winning at a solid eighteen percent clip, which aids the argument. Think IRE gets a stalking trip closer to the pace and takes down the leaders late. LADY CANDIDATE may be the “buzz” horse for this event. She won her last start, an entry level allowance, by an area code going today’s single-turn mile. She beat elders that day and now faces exclusively her own age group.  Goes for the Stidham/Graham trainer/jockey pair that has gotten hot over the past month. Meafara winner ST. LOUIS CITY took control of that stakes last time and won at 18-1 odds last month. The gang is all back on this filly, but she won’t have a free lunch on the front end last time. Still, the team does give you a nearly flat-bet profit when working together and is going second off the layoff.

Longshot:  #5 SHE’SABRONXBOMBER (10/1) is our bomber. If the upfront pace gets super-hot and the race falls apart, let’s use her for top (29% wins) local trainer L. Rivelli. Makes a subtle turn-back in distance, from two turns at Hawthorne going 1 1/16 miles to today’s single turn mile. First win was on the tighter-turned Aqueduct Inner Dirt, and that along with an average to above average polytrack pedigree (the dam won twice on non-dirt surfaces, the Afleet Alex sire line is good on grass/synthetic) indicates that she won’t mind going a synthetic track for the first time.