Election 2012!  Quick.  Everyone run to your Facebook accounts and state your political stance by vilifying the opposition!  Because if you don’t use a meme to oversimplify Obama’s economic plan how will your Facebook pals possibly know what to do come Election Day?

Anyway, if you guys are like us at LTAM and can’t tell a Bush policy from a Clinton policy, but do enjoy a good celebrity look-alike, please kickback and enjoy our look-alike’s list.  However, if you are a highly politicized person, we look forward to your inevitable hate mail.

And, last but most important, we couldn’t think of a good Romney or Obama look-alike, so let us know if you can.

6. Todd Akin (R – MO Rep. and running for Senator) and Al Michaels:  Both of these guys will be forever linked to a single statement: one had to do with believing in miracles, the other had to do with the miracle of life. 5. Linda McMahon (R – running for CT Senate seat) and Edie Falco (Carmela Soprano): Listen, Linda, you may become Connecticut’s next senator, but you will always be thought of as the matriarch of the WWF/WWE .  I mean, your daughter is married to Triple H.  And, Edie, same goes for you.  You will forever be Carmela Soprano. And, Carmela, seriously, what happened when the screen went to black at the end?

4. Joe Biden (D -Vice President) and Bob Barker (Former Price is Right host):  Prior to becoming Vice President of the USA, Biden was handing out prizes to people for guessing how much a washing machines cost.  Typical socialist! 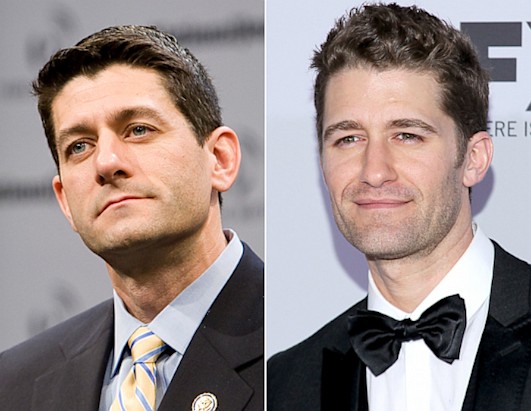 3. Paul Ryan (R – WI Rep. and VP candidate) and Matthew Morrison (high school Glee teacher):  If only high school girls could vote, this presidential election would already be in the bag for the Republicans.   Unfortunately for Ryan, Glee tells our young Americans that being “a gay” is okay, or I assume the Republicans would be marching out this look-alike all over the place to help with getting some votes from the ladies. 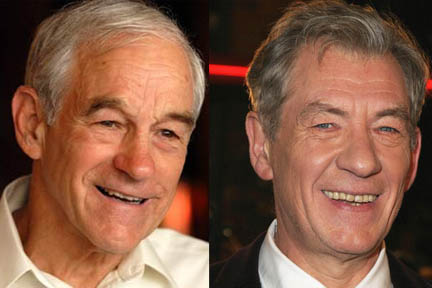 2. Ron Paul (R – TX Rep.) and Ian McKellen (Gandalf): Until I see these two guys in the same place, I refuse to believe they are two different people. 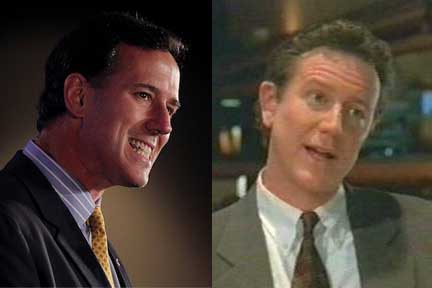 1. Rick Santorum (R – Former Senator) and Judge Reinhold (Fast Times at Ridgemont High and Beverly Hills Cop):  It’s weird that the same guy who helped his little sister get an abortion during his senior year at Ridgemont High would be such a strong anti-abortion advocate now.