Five Ways to Prove Santa's Existence to Your Kids

One of the most annoying features of a child is their propensity for asking questions. Damn your little thirst for knowledge! Don’t you know how to Google?! But there is one question that should get any adult’s attention. And once you’ve successfully passed off that inquiry as to where babies come from onto the child’s grandparents and/or television, you should be in the clear. Until this time of year, that is, when the inevitable questions about Santa Claus come up. It’s unavoidable that someone, likely another child at school or your rabbi, is going to ruin it for your child. But if kids do come to you asking questions, the least you can do is be prepared with some explanation as to how you know the big man exists.

He’s at the mall. You sat in somebody’s lap, did you not? I have the picture right here. I can clearly see the Sabarro in the background, and everybody knows that’s located right behind his workshop. If that’s not Santa, then who’s that in the red suit hitting on the cell phone accessory kiosk girl? The smoking must be a new development, but it’s a stressful time of year, so that’s understandable. He may be immortal, but he’s only human, you know?

Your presents all say that they’re from him. Are you calling me a liar?

Every cookie in the house has been eaten. And I’m certainly not capable of such gluttony.

He has an address. Lives right there on Santa Claus Lane in the North Pole. And an address is all you need to officially exist. Better luck next year, the homeless.

He’s in car commercials. Of course there’s a Santa Claus. Just turn on the TV for a few minutes and you’ll see that when he’s not watching you sleep, he’s shilling for Chevrolet, Mercedes and Cadillac. Don’t begrudge the man his money. He’s a job creator, employing thousands of elves that would otherwise be out of work and studying for the dental school exam. 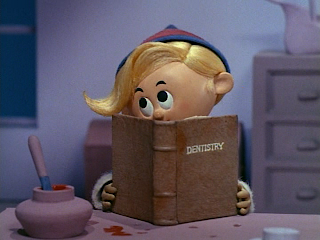